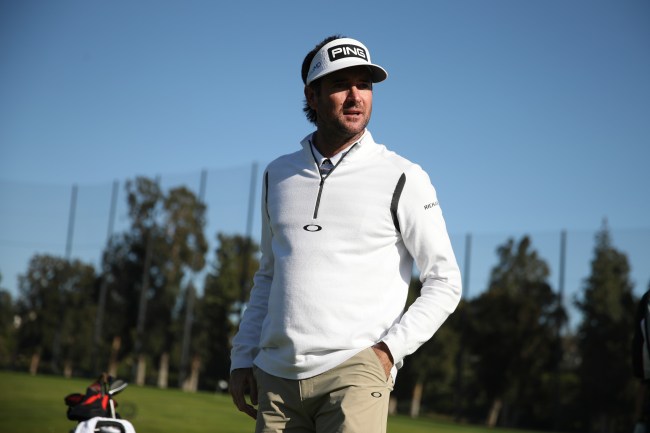 Last week at the Pebble Beach Pro-Am we watched Nick Taylor cash in as a long range bomb at around 150-1 for his first Tour win in 6 years. He was able to fight the wind and hold off Phil Mickelson, who finally got himself back into contention on a Sunday for the first time in about a year.

Unfortunately, Taylor wasn’t part of my picks last week, so to update, 2 weeks in, we are at -2 units. But not too worry, it just takes one week to cover a whole multitude of weeks. This week, we head to Los Angeles for the Genesis Invitational, that features an absolutely stacked field, with nine of the world’s top ten golfers participating.

Below is a refresher on how I’m allocating my bets this week, and who I like to take down the Genesis Invitational this week.

As far as betting, I’ll keep track of the overall performance for the year each week. The important thing to understand is that betting on golf is hard. Most weeks we are going to lose, but one winning week, can make up for multiple losing weeks. I’m taking a long-term approach, and hoping to finish the season up. As you will see, we are going to spread our money out to multiple players, and hopefully grind out a profit.

Each week, I am going to put one unit in play. That unit is going to be divided up between all the players I want to bet on. This unit can be whatever you feel comfortable losing in a week, but should remain consistent throughout the season. If you move the amount all over the place each week, your chances of profiting decrease quite a bit. With that being said, let’s take a look at who I’m targeting to take down this event. 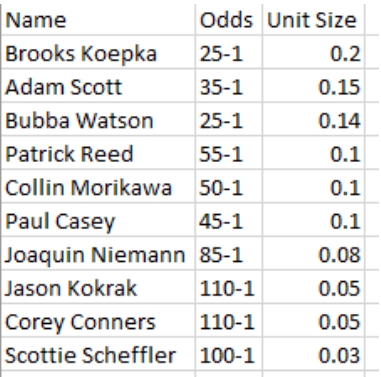 For the Genesis Invitational, a couple things jump out at me, when looking at who to play.

One of the main stats I’ll be looking at is Strokes Gained Tee to Green. When looking at the top ten of the leaderboards at this event over the past five years, this seems to be one of the most important statistics. So we are looking for great T2G players.

If we look at the leaderboard here in the past, we also see that one of the commonalities of the players at the top of the tournament, is their Driving Distance Gained. Almost all the players at the top are gaining yardage on their drives in comparison to the average player at this event. Easiest terms…we are looking for the bombers.

Lastly, the rough can be tricky here from time to time. With narrow fairways, players are going to hit the rough. We want to find guys that can scramble their way out of trouble, and keep away from putting up big numbers. So I am looking for players with a high bogey avoidance as well.

Let’s check out who we should be building our lineups around this week.

Simply put, this price tag is too low for Brooks, as he’s the 8th highest priced golfer this week. When Brooks is on, there is simply no one in the world better. He ranks as the 2nd best player in the field this week from my model, only behind Rory McIlroy. But at $2200 less, it’s an easy call for me to find Koepka in my lineup, despite him not playing too much this season just yet.

Scott ranks 5th in my model, and he’s in the top tier of almost each category of my model. He’s also got a pristine history at this tournament, making the cut all 4 times, with 3 of them being in the top 11. This course calls for good long iron play, and Scott is one of the best in the business.

Scheffler shows up high in my model again this week, and for good reason. He rates out as the 10th ranked golfer for me, and at $7400 it’s a major discount. Scheffler’s in the top 20% of the field in 5/6 categories for me, and his cheap price helps us fit in the bombers at the top. Scheffler himself is in the upper echelon of driving distance here, so he should be able to help himself.

One of the best long iron players on tour, even in his first full year, Morikawa comes in with a great price this week. He crushes it in all categories of the model, except for driving distance. We are willing to look past that, based on him being first in the field on approaches…and 11th in the field on long par 4’s which are essential to doing well here. Morikawa is too cheap for this event this week.

Tringale comes ranked 14th in my model, and is dirt cheap, allowing our lineups a ton of flexibility. Tringale’s course history here is a little up and down, but he’s made the cut three out of four times, and he has a top 8 finish just three years ago. For this price, it’s hard to pass on him.

Our next mid-range play here is going to be Joaquin Niemann. Niemann scores well in every category of my model, except for bogeys avoided, where he only comes in the middle of the pack. We are willing to overlook this, as he’s great in the other categories, and is a birdie making machine, which can negate some of the bogeys he collects.