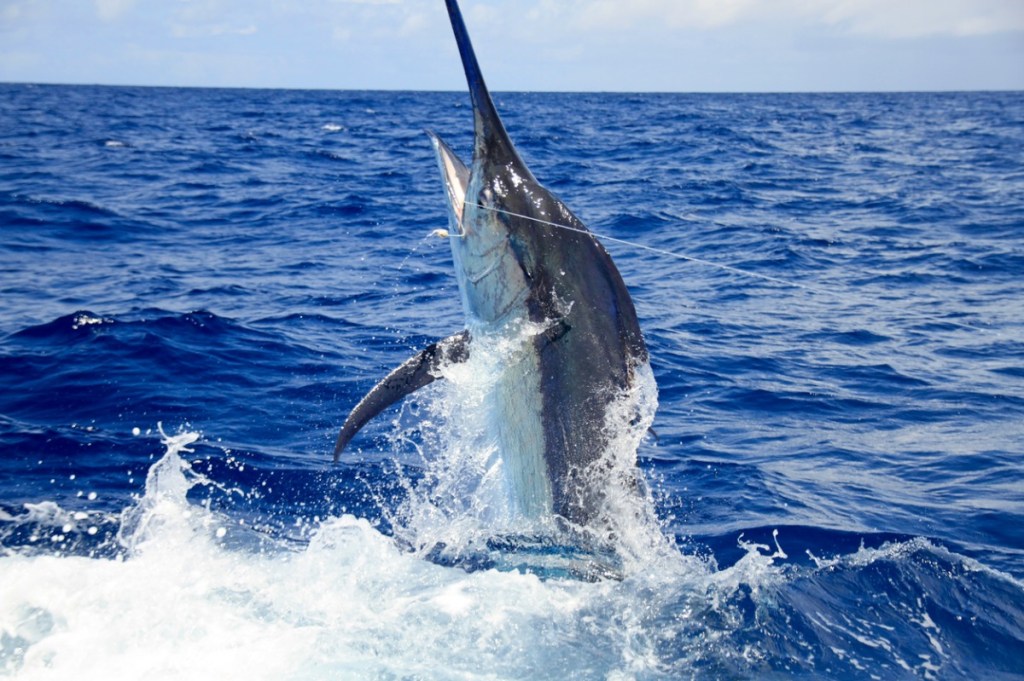 Catching a grander marlin is on every serious angler’s bucket list. A ‘grander’ is any fish weighing over 1,000 pounds which narrows it down to just a few species. For the most part, when fishermen are trying to catch granders they’re fishing for Blue Marlin, Black Marlin, and/or Giant Bluefin Tuna.

They are INCREDIBLY rare and the fact that two marlins weighing over 1,000 pounds were caught on the same day is truly remarkable. Also, while some believe that a Black Marlin will one day set the record for the largest fish ever caught it’s more common for people to catch grander Blues than Blacks. Catching a big Black Marlin is at the top of my bucket list since I’ve already caught a Blue and other billfish. But this isn’t about me, I’m getting distracted already….

There were two grander marlin caught this week on the same day. The first was a 1,040-pound Blue Marlin was caught by Boom Boom in Oahu, Hawaii. It’s an absolute BEAST of a fish.

And the second grander marlin was a 1,058-pound Black Marlin that was caught in Faratea, Tahiti by Sewing Pua, Stephen Pua and Giovanni Tautu. The pictures of these two fish are surreal. It really is hard to get a sense of just how big they are from looking at pictures. When you are up close to a big marlin you realize they have ‘shoulders’ wider than an NBA player. They are MASSIVE. But you know that because they weigh over a thousand pounds.

Here are some pictures of the 1,040-pound Blue Marlin caught by Boom Boom in Hawaii:

And here’s the ‘grander’ 1,058-pound Black Marlin caught in Tahiti:

The grander marlin fishing in Hawaii has been heating up lately. This 1,028-pound Blue Marlin was caught to start the month.

And to get a sense of what a grander Bluefin Tuna weighing over 1,000-pounds looks like you can check out this one caught in Cape Cod a few months ago.