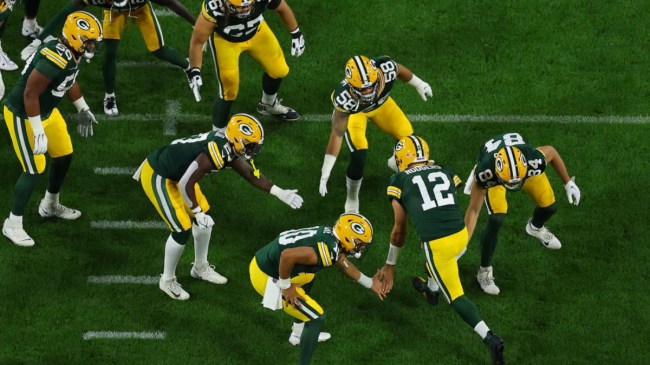 After just 2 weeks, it is clear that the Green Bay Packers offense is going to be very different from what football fans have gotten used to over the past few years.

It was expected that there would be some big changes coming after the departure of Davante Adams and those changes have shown in the first couple of games.

Aaron Rodgers hasn’t yet found his new primary target in this offense and he has turned to his running backs and a platoon of receivers as a result. With that, there has been a clear drop off in Rodgers’ numbers so far after a pair of MVP seasons.

As it stands, running back AJ Dillon is currently leading the team in targets while fellow running back Aaron Jones is tied for second in targets. They are both part of a 4-way tie for most receptions on the team.

It looks like Rodgers and the Packers might have to lean on the running backs even more this week. When they Packers released their injury report for today’s practice, it revealed that most of their receiving corps wasn’t available today.

There are still a few days left before the Packers’ game against the Bucs and an illness this early in the week probably isn’t keeping Cobb out, but the Packers could be in some trouble if any of the other 3 are missing.

The Bucs defense has only allowed 1 touchdown in their first 2 games and both of those came on the road. The Packers will need their offense to be at its absolute best if it’s going tovfind success at Raymond James Stadium.

The health of the Packers’ pass catchers will be something to monitor throughout the week as they don’t have many options to turn to besides Romeo Doubs if they are missing anybody for Sunday’s game.