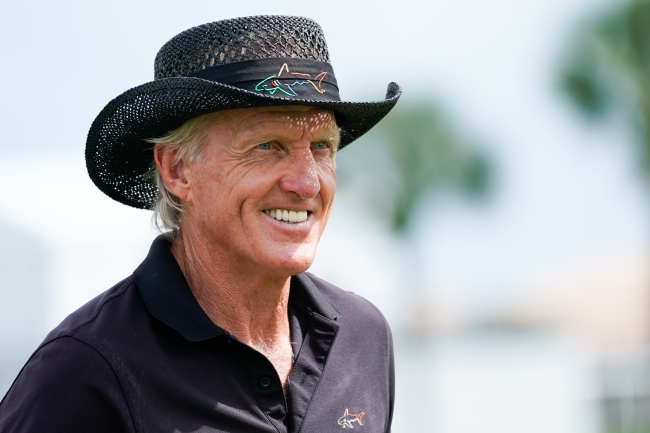 When I woke up this morning, I never expected to write about a 65-year-old man’s rocket, but it would be irresponsible of me as a respected Journalist to not report a hammerhead shark sighting off the coast of Florida to those who fancy a swim.

It’s been nearly two months to the day since golf legend and two-time major winner Greg Norman hit the beach with his dog and hog that could shift the tides of the Atlantic.

(If you’re wondering how a man in his 60’s stays in peak physique, you try walking about all day with a 60-pound kettlebell hanging from your waistline.)

We get it Greg. You’ve got a certifiable hog and a 6 pack. But some of us know what it’s like to go through life having to work for things like a shit job and high blood pressure. pic.twitter.com/OQPe3MG5jO

Norman recently sat down with the Herald Sun for a quick substantive talk about his imposing bulge.

Norman told the Australian paper he found some of the responses “hilarious.”

“I think some of the comments were hilarious, and I don’t normally read the comments, so it was quite a bit of fun,” said Norman.

It’s a minor miracle that Greg’s wife, Kirsten, is able to stand in the photo below. Maybe Greg let her borrow one of his legs? Beats me.