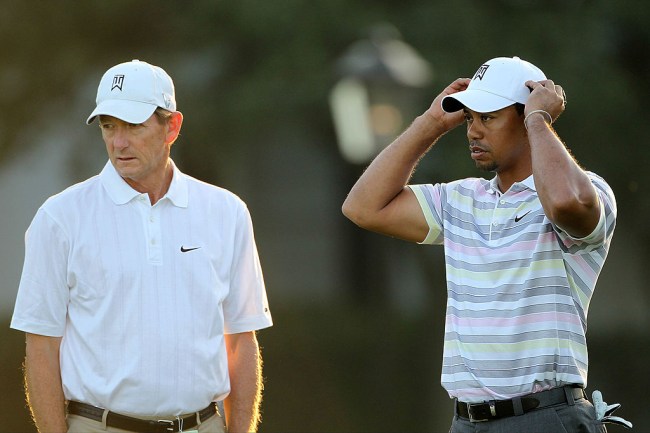 When it comes to golf, Hank Haney is one of the most famed names as far as swing coaches are concerned (which is admittedly not saying much). In addition to helping shape the game of Tiger Woods, he once undertook the task of trying to fix Charles Barkley’s golf swing, which was certainly no easy task.

Haney and Woods parted ways in 2010 and he’s kept a fairly low profile since then. However, that all changed last week when he decided to voice his opinion on something that he admitted he had no idea about—a move that always ends well.

After being asked who he saw as the favorite heading into the US Women’s Open, he decided to issue a take hotter than the surface of the Sun:

“I’m gonna predict a Korean. That’s gonna be my prediction. I couldn’t name you, like, six players on the LPGA Tour. Nah, maybe I could. Well, I’d go with Lee. If I didn’t have to name a first name, I’d get a bunch of them right.”

As you’d expect, a lot of people weren’t thrilled with his comments—including Michelle Wie, who ripped into him after hearing what he had to say.

However, Wie wasn’t the only person to voice her displeasure, as Woods also shared his opinion, after Haney was suspended from his radio show, saying, “Just can’t look at life like that. And he obviously said what he meant and he got what he deserved.”

Haney—who took great pleasure in taking a victory lap after Jeougean Lee6 took home the top prize at Charleston to semi-validate his prediction—was apparently not pleased with Tiger’s comments and decided to resort to an impressively low blow by taking aim at Woods’ previous domestic issues in an attempt to discount his opinion.

I have a feeling Tiger won’t even bother responding to this but I’m making some popcorn just in case.