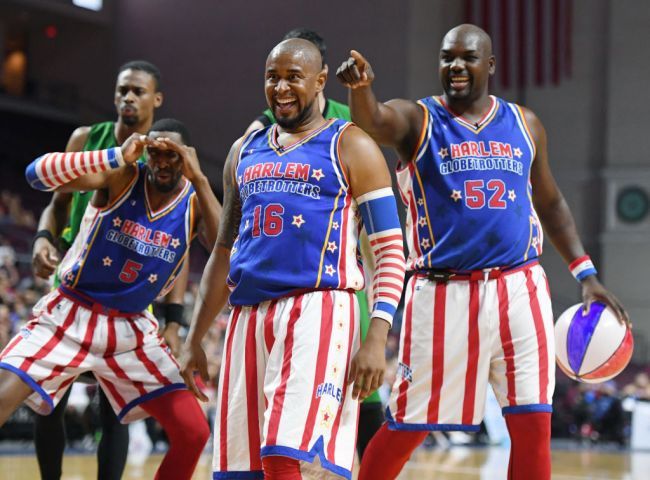 Most people are familiar with the Harlem Globetrotters for their ability to combine basketball with theater and comedy. What most people may not know is that their history goes hand-in-hand with the NBA we know today. They are ready for that to change and voiced their beliefs in a letter on Monday.

The Globetrotters were founded in 1926, 35 years after James Naismith invented basketball at Springfield College in Massachusetts. They have since played more than 26,000 games in 122 countries and territories.

On Monday, the storied organization penned a letter to the NBA, petitioning for “Commissioner Adam Silver, the NBA governors and the powers that be” to grant The Original Harlem Globetrotters an NBA franchise.

“Based on what we’ve already proven, we can field a team of talent on par with the pros of today, and we want the chance to do that,” wrote the Globetrotters.

In the letter, the team discusses its storied history and the evolution of the game through Harlem. The first paragraph sets the tone right away.

“It’s been a while since our last formal meeting. 72 years to be exact. But we still remember that day in 1949, when we faced off against your World Champion Lakers. And for the second year in a row, we were victorious.”

Those two game in 1948 and 1499 are considered to be a profound turning point for the integration of the NBA. It pit the all-white Minneapolis Lakers against the predominantly Black Globetrotters. Harlem won both matchups in front of a sold-out crowd.

Globetrotters impact on the NBA.

Not long thereafter, the NBA signed its first Black player, Nat “Sweetwater” Clifton. He was a Globetrotter. Earl Lloyd was first Black man to play in an NBA game and he too was from Harlem’s roster.

The Globetrotters make reference to the rise of the NBA in their letter.

“Three years after Jackie Robinson broke the baseball color barrier, y’all finally allowed African American players to ball. But instead of just letting us in, you took our players.”

In addition to its profound statement on integration, the team states its claim to the growth of basketball as a whole. It talks about how Harlem brought the behind-the-back handle, no-look pass, dunk, fast break, half-court jump shot and hook shot to the game.

“The world would have never heard of Dr. James Naismith, the inventor of basketball, if it wasn’t for the Globetrotters.”

At the base of their petition, the players pen a profound statement about social justice. The letter discusses the profound impact of the Globetrotters and how

“So, if you really believe what you’ve been saying about social justice, going back to “normal” needs to look different. You can’t just act like we don’t exist anymore. It’s time to right the wrongs and rewrite history. It’s time for the NBA to honor what the Globetrotters have done for OUR sport, both here in the U.S. and around the globe.”

Commissioner Silver has discussed the idea of expansion in the last year and the Globetrotters want the change to come sooner than later. They want to be granted an NBA franchise “not now, but right now!”