Harold Varner III Can’t Even Wrap His Head Around What Happened On His 129-Yard Drive At The Genesis: ‘I Missed The Ball’ 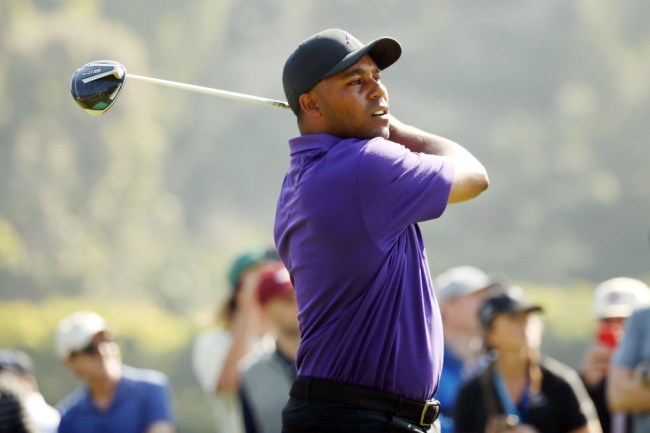 Harold Varner III stepped on the 10th tee at Riviera co-leading the Genesis Invitational on Sunday but was in store for quite the wild ride on the Par 4.

Varner elected to go with a 3-wood off the tee but didn’t make great contact, to say the least, as he managed to hit it just 129 yards. What made the situation even more unique is that it came during Sunday’s coverage gap on TV when the live-action switches between Golf Channel and CBS. The gap usually lasts about 15 minutes and it just so happened that this moment occurred when nobody on the planet could see it other than the spectators around the 10th tee.

As for what exactly happened on the tee, Varner couldn’t even explain it after his round telling GOLF that he simply missed the ball.

“I don’t know,” Varner said after his round. “I just know I missed it, I missed the ball. I couldn’t tell you what exactly happened. I just know that I hit the dirt before the ball.”

Playing partner Joel Dahmen described it as a chunk. As CBS cut to Varner in the fairway, announcer Trevor Immelman told viewers that he’d topped it.

The most sought after footage since the Zapruder film apparently. Here's the elusive Harold Varner topped 3 wood. No toptracer included. @NoLayingUp @BrendanPorath pic.twitter.com/cJF782CcZi

After watching the video a number of times, it’s pretty clear that this was a classic case of a really bad dropkick. Varner’s 3-wood catches the ground before making contact with the ball, but instead of ripping thru the turf it actually bounces resulting in the dreaded, let’s call it half-top.

Varner went on to make a double bogey on the hole before shooting a 4-over 40 on his back nine. The 29-year-old shot a three-over 74 on Sunday en route to a T-13 finish.