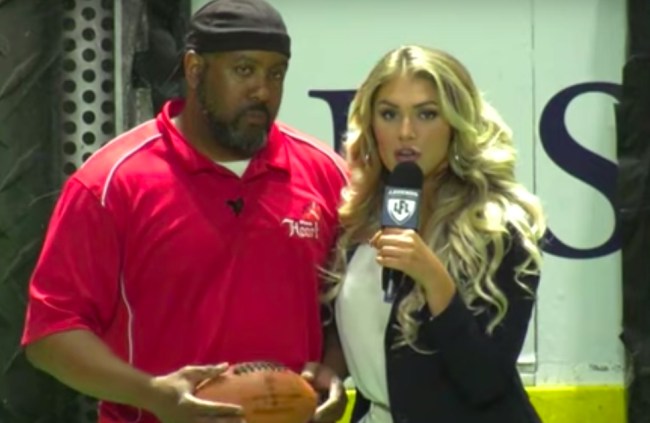 I don’t know much about reporter Heidi Golznig, but after seeing her on camera while interviewing a Lingerie Football League head coach, I can tell you that I’m a big fan. Sure, it’s easy to say that about a pretty gal who has a kick-ass job in sports media, but forget about that for a second and focus on how savage Heidi is during a recent interview with Omaha Heart head coach Dontae Allen.

With his team down 56-6 at halftime during a game against the Seattle Mist, Allen’s decision to run a hurry-up offense with his team’s rookie quarterback probably wasn’t the smartest strategy. While he did own up to the move, that wasn’t enough for Heidi Golznig, because she totally ripped the guy for doing it — right to his damn face while on TV. Check out the video of the savagery below.

To say that there were zero fucks given by Heidi Golznig would be an understatement. It’s bold as hell to have the reporter call Allen out to his face, but it’s another level to see the head coach visibly look frustrated after hearing the criticism, with Dontae Allen almost rolling his eyes and walking away like a defeated man as the interview wraps up. Tell me this doesn’t look like a man who just got owned. 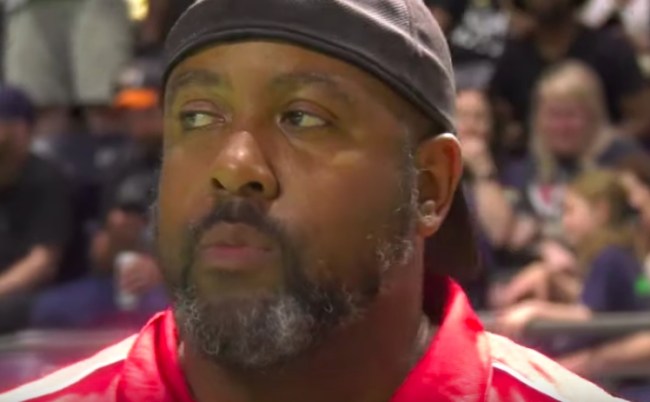 If only more sideline reporters could follow Heidi Golznig’s lead and be more honest while talking to coaches, the sports world would be a better place. Just imagine if someone called out Gregg Popovich during one of those between-quarter interviews and tell me it wouldn’t be TV gold. The guy already trolls the camera, but it would be epic to see how he’d handle a reporter blasting his team. Yeah, we need more of this, because it’s awesome.