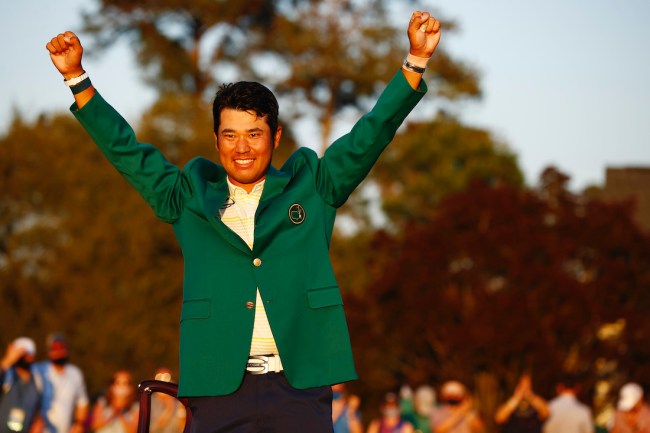 After seeing Hideki Matsuyama’s Masters win this past weekend, it’s clear that the 29-year-old has just thrust himself into the conversation as a force to be reckoned with on the PGA Tour moving forward. Sure, he was always competing in major tournaments in the past — having a top-10 finish at every major over the past 10 years or so — but getting himself a Green Jacket has just made him a bonafide superstar.

Given Matsuyama’s roots from Japan — where celebrities absolutely explode in popularity after achieving a feat as he just did at Augusta National — it’s no surprise that Hideki’s life will never be the same. And while the dude may never be able to casually walk down the street without getting hassled to take pictures and sign autographs, what’s even crazier is how much Hideki Matsuyama’s Masters win could earn him when all is said and done.

The first place payout at The Masters was just over $2 million, but that’s small potatoes when it comes to what many experts project could end up in Matsuyama’s bank account. That’s because, per Darren Rovell of the Action Network, the Japanese golfer may see anywhere between $200 million to $1 billion thanks to endorsement deals from companies overseas.

Japan is golf-crazed, even though things have died down in recent years. There is no country in the world that has that many golf courses (more than 3,000) in such a small area (146,000 square miles) and Matsuyama is immediately the most powerful athlete in Japan. Yes, unfortunately for Naomi Osaka, it’s golf over tennis in the Land of the Rising Sun.

At the beginning of the day, ESPN’s Andy North said that a win for Matsuyama would be worth more than $1 billion. That’s a bit of a stretch. But it’s probably not a stretch to think that this Green Jacket is worth more than $200 million over the rest of his lifetime.

Those who already pay for Matsuyama’s services are the winners, though they’ll have to pay even more — especially the Japanese brands.

As absurd as those figures might appear to be, winning at Augusta National is one of the most iconic accomplishments in all of sports, with The Masters being the predominant major on the PGA Tour each and every year. So, sure, getting a Green Jacket and netting over $2 million in prize money has to feel awesome for Hideki Matsuyama, but hearing some of the projections on how much he can earn for winning just one major tournament has to be even more insane for him to imagine.

In the day since winning at Augusta National, Matsuyama’s life has probably gone from busy to completely chaotic, with his phone (presumably) blowing up about possible sponsorship deals and congratulatory messages. It probably hasn’t even sunk in yet that he’s a major champion — but he’s living the dream right now, and that doesn’t appear to be ending anytime soon given the expected amount of marketing money he’s about to cash in on in Japan. All it takes is one big break, guys, and Hideki clearly just got his.