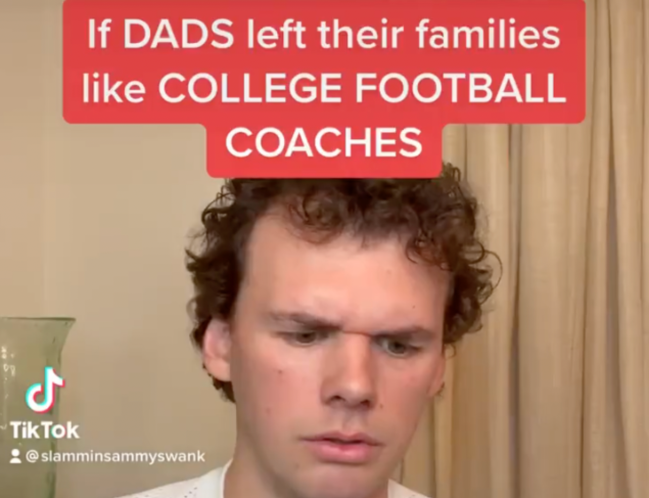 This has all led to many conversations in the sports world about loyalty and the way these moves are handled. Kelly’s departure from Notre Dame in particular has come under scrutiny. He decided to leave a team that could still wind up in the College Football Playoff before their season was over. Then he sent players a text after the news had already been leaked.

To make matters worse, he called a 7am meeting to discuss his departure with his players and the meeting only lasted a little over 4 minutes. It was a pretty brutal display of what these teams mean to some coaches, but some have still been able to find the humor in this situation.

TikTok user Slamminsammyswank was able to perfectly encapsulate how ridiculous the coach speak is in these scenarios.

If DADS left their families like COLLEGE 🏈 Coaches pic.twitter.com/LpV9LLEazX

The video plays out the scenario of a dad leaving his family in the same way a college football coach leaves his team. It’s a fun commentary on how ridiculous these coaches look when they preach “family” throughout the recruiting process and then bail on that “family”. The family’s new dad even manages to drive one the kids to enter the “adoption portal”.

I wonder how many special teams coaches took notes on this video for when they decide to leave their family for a stripper with an emotional support monkey.