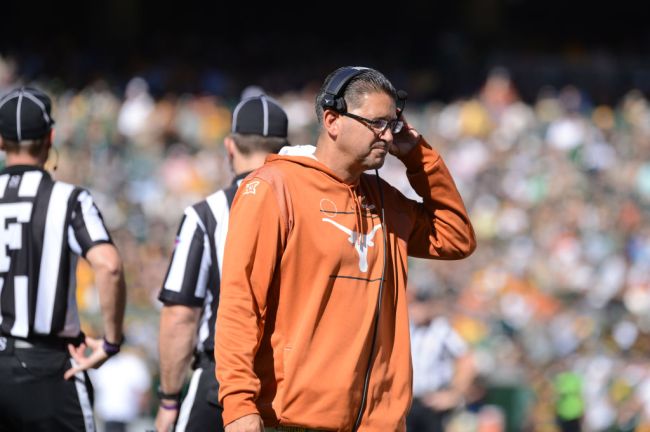 University of Texas special teams coordinator Jeff Banks is one of the most sought-after, up-and-coming minds in college football. He has coached under Nick Saban, and is considered to be a name that will be included in the conversation for multiple head coach openings in the near future.

Banks has even been mentioned for the current job at Washington State.

At least, he was.

As of Monday evening on Nov. 1, reports began to circulate that Banks and his girlfriend had an incident occur at their home on Halloween. It could change everything.

Banks’ girlfriend, who works as a stripper known as ‘The Pole Assassin,’ often performs remarkable stunts with her emotional support monkey, Gia. As the story has it, Gia bit a tricker or treater on Sunday night.

The Pole Assassin, who’s legal name is Danielle Thomas, told her side of the story on Monday night in since-deleted twitter posts. She did not deny it happening, but claimed that the child should not have put his/herself in that position. She even showed that Gia’s habitat is clearly marked ‘DO NOT ENTER.’

Gia is innocent until proven guilty and it is unclear as to what will come from the incident at this time.

A history of Banks and Thomas:

Banks, who joined the staff at the University of Texas in 2021, became the first special teams coordinator to receive a salary of $1 million or greater.

He has previously coached at Alabama and Texas A&M, along with UTEP, Idaho State and Washington State, his alma mater. Thus, his name was heavily in the mix for the opening in Pullman.

Per Thomas’ twitter, she and Banks celebrated their four-year anniversary together on February 23, 2021.

That would mean that Banks and Thomas got together “officially” in February of 2018. That was one month after Banks was hired by the Crimson Tide.

Less than seven months prior, Banks was at Texas A&M. His team biography was last updated in August of 2017.

It states the following:

Banks and his wife, Kori, have a daughter, Sydnei, and two sons, Gage and Tanner.

Going off of that timeline, it means that Banks left his wife and three children to be with Thomas sometime between August of 2017 and February of 2018. It is hard to imagine that there was not contact between the two prior to their “official” anniversary on February 23rd. 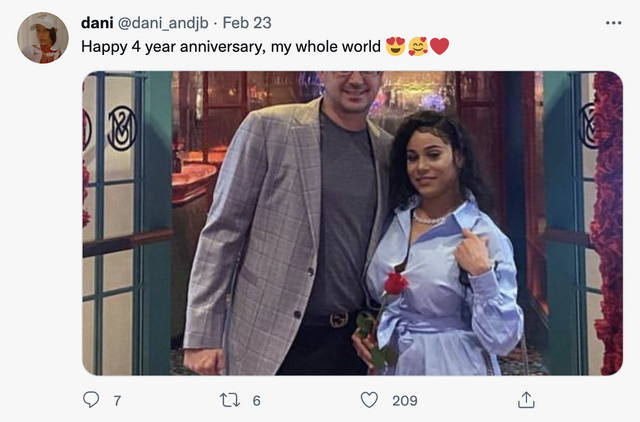 In fact, one Texas A&M reporter is now alleging that Banks may have been unfaithful to his marriage long before The Pole Assassin. According to AggieScoop recruiting analyst Taylor Hamm (also known as Pork Roll), Banks confused him for one of the women with whom he was having an affair.

That text was sent on July 16, 2017— one month before Banks was listed as having a wife and kids on the A&M website, and eight months before his first official date with Thomas.

The pole assassin is trending which is a perfect time to reveal that one time when Jeff Banks got me mixed up with one of his side pieces at 4AM. All those trips to Cali and Arizona on A&M’s dime didn’t pay off with any big time prospects but apparently a lot of monkey business pic.twitter.com/H4l6Cd7Bm5

Should this be true, it is hard to imagine that Banks was not involved with multiple women. The Pole Assassin was just the one who stole his heart and made him willing to risk it all.