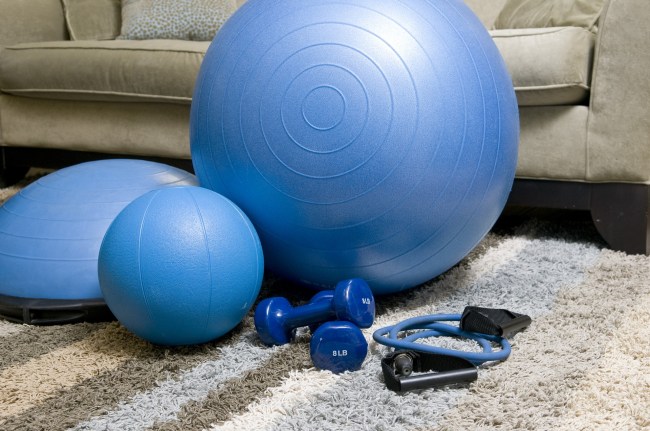 I suppose that now is as good a time as any to admit that I’m a Peloton owner/rider. You can find me on that at username ‘CassPA’ (same as my @casspa Twitter handle) if you’re so inclined. When we were cruising through the holiday season and Peloton was getting pummeled with poor press for their awful commercial of the housewife who seemed trapped it was kind of an embarrassing topic of conversation but with the current state of things in the world, purchasing a Peloton around last August turned out to be a great decision.

Garmin released a report using data from their fitness trackers/smartwatches on workout trends over the past month and I wasn’t at all shocked to see there has been a MASSIVE spike in cycling at home along with yoga. I was, however, a bit surprised to see some of the other workout trends during this strange global health crisis.

What shocked me the most is the massive decline in outdoor exercise which might seem logical on the surface but SO SO SO much of the world lives outside of cities and in areas where exercising outside continues to be completely safe. Places like Florida never restricted outdoor exercise and there have been similar rules across the USA.

Garmin used ‘advanced metrics in millions of Garmin wearable devices’ to glean a deeper understanding of what people have been up to in the past few weeks/months and here are some highlights from their report. First off, Skiing and Snowboarding activity completely died off compared to last year and it almost happened overnight. 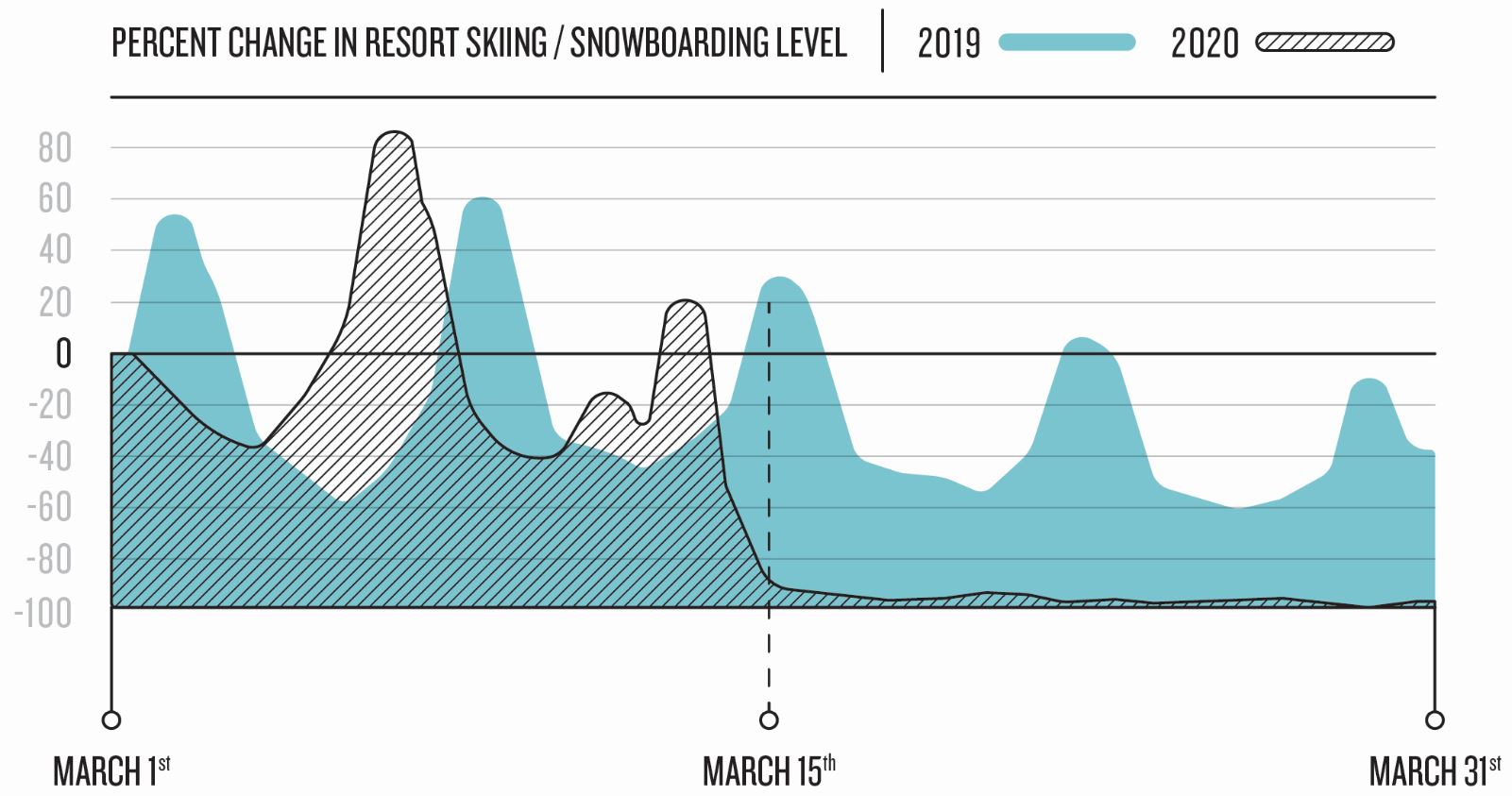 In the world of winter sports, resort skiing and snowboarding is down an eye-popping 96%, as the typical spikes in weekend activity suddenly disappeared. This falls in line with real-world observations, as popular destinations in Colorado and Utah seemingly closed overnight, forcing many to abandon their spring break plans.

A 96% decline in skiing and snowboarding isn’t all that crazy when you consider that every ski resort in America pretty much shut down overnight. It is kind of wild tt me that 4% of America still has access to skiing/snowboarding without the use of a ski lift. Perhaps they’re using indoor trainers or maybe they’re finding other ways.

Last year, indoor cycling saw a steep decline in the second half of March due to a shift in the weather. With warmer weather, people were able to head outside and ride more. This year saw a completely opposite shift as indoor cycling spiked through the roof once everyone was asked to stay at home. 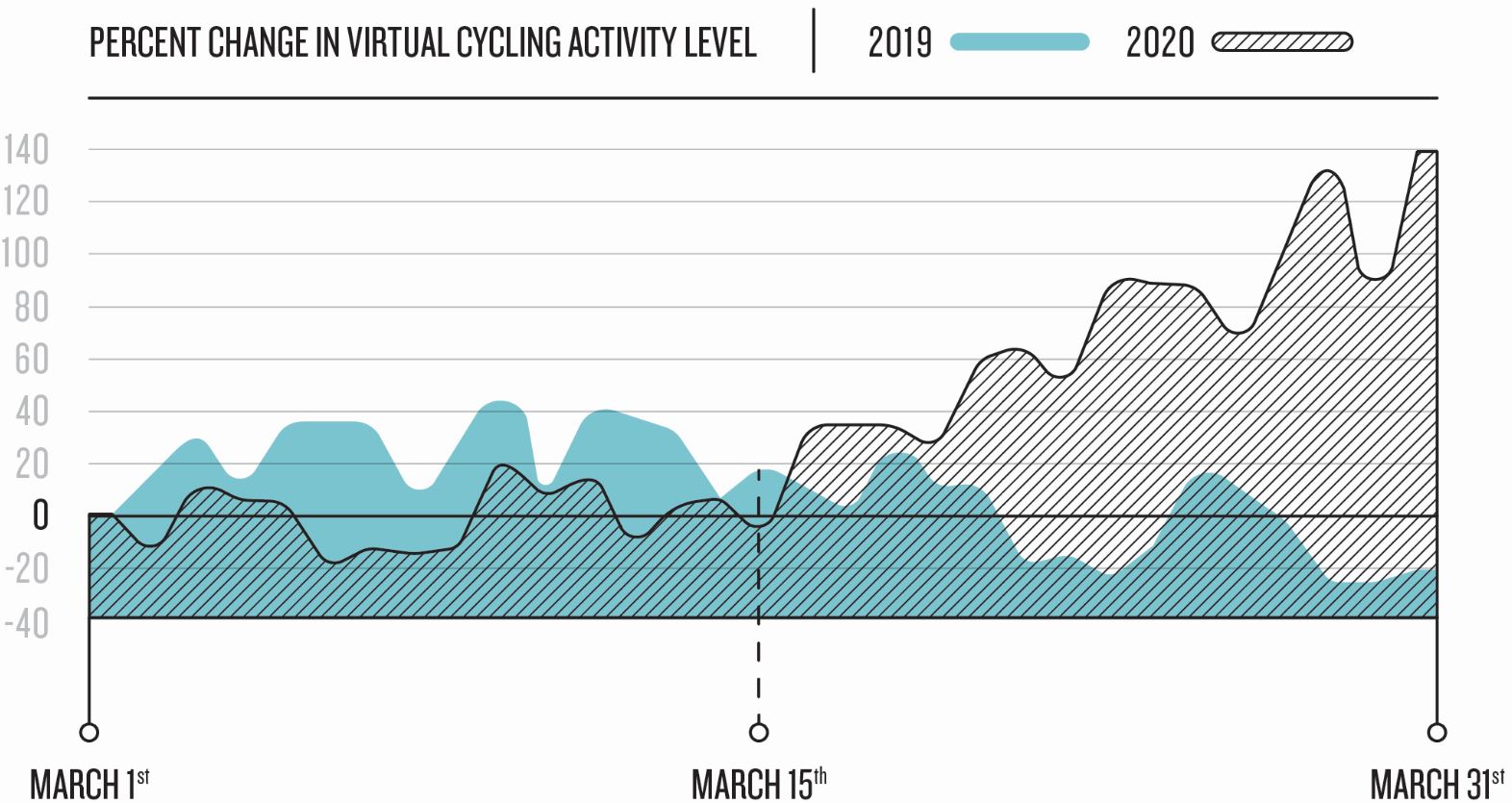 While skiers have stayed off the mountain, cyclists have evidently back-pedaled into their pain caves to continue routines. Virtual cycling activity is up an incredible 64% in the second half of the month, an aggressive shift that appears even more atypical when comparing it to the same time period last year. March 2019 saw a 20% decline in the activity as cyclists naturally began to take their rides outside to enjoy the warmer weather.

One piece of data that was surprising to me is treadmill workouts are down. I’d expect treadmill use to spike just like indoor cycling. But indoor running is down 44% and swimming is down 88% (not surprising) but they did see a massive spike in the second half of the month which suggest people were immediately forced to rethink how they workout:

Things get even more interesting when we move outside of niche sports and consider the everyday fitness-seekers who’ve been forced to rethink daily workout routines. Indoor/treadmill running and lap swimming are down 44% and 88%, respectively. On the surface, that sounds like we’ve grinded to a halt. However, the full story points to the exact opposite. Remember, big box gyms across the country closed, which is a massive number of treadmills still sitting idle at the moment. If we look at virtual running (performed on a treadmill by linking your smartwatch to an outside app such as Zwift) we see a steep increase in the second half of March. And despite gym closures, overall indoor cardio is holding strong over 2019 levels and showing an 18% week-over-week increase from March 16 to March 30. This all seems to suggest one thing:
More people are exercising. And they’re finding new ways to do it from home, with and without their own equipment.

Other trends include ‘walking’ as a logged fitness activity on Garmin wearables is up 36% and Yoga is up 11%. I would’ve expected to see a larger spike in Yoga at home since it can be done at home just as easily as in a studio but wearing a Garmin smartwatch while doing Yoga might not be great for the practice.

To see the full report on Garmin’s blog you can click here.