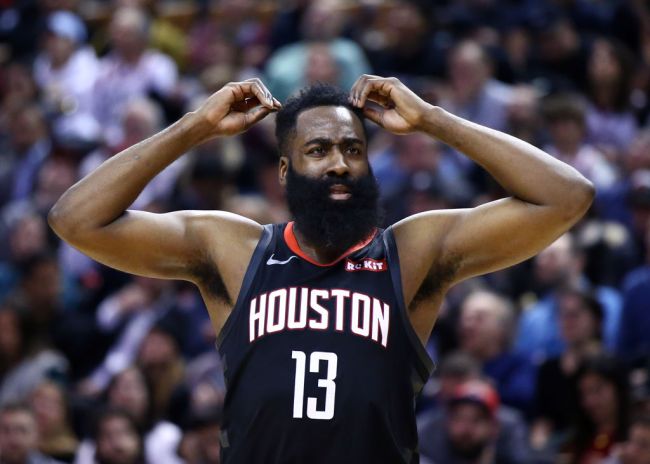 The James Harden drama is over. Actually, no, it’s over in Houston, we’ll definitely see even more drama with Harden in Brooklyn playing alongside Kyrie Irving. Rockets fans should be happy to see Harden go as Houston received three unprotected first-round picks, plus other key pieces in the deal. Sure, the next couple of years may be a little rough, but the future is bright in H-Town.

One business in Houston seems to be celebrating the trade in a unique way while also letting any mad Rockets fans vent their frustrations in the process.

According to ABC13, I Car Wash in Houston is offering up free car washes to anyone that has a Rockets Harden jersey they’re looking to get rid of.

“[Harden] gave up on the team. He gave up on his fans more importantly. So there’s not much to say, but he’s a quitter,” one fan said.

As for what the car wash is going to do with all of the Harden jerseys, they’re going to burn them, of course. Lighting a jersey on fire is the go-to move for any angry sports fan.

“My plan is to burn them,” owner Sean Qureshi told TMZ Sports. “I’m gonna make sure with local fire department just to make sure everything is on the up and up. But if they allow me to, whenever Harden comes back for the first game with the Nets, I’m burning them all that day.”

Qureshi expects to see at least 50 fans take him up on his offer for the free car wash.

It’s a pretty smart move by the car wash. It’s getting people talking about their business while also letting an angry fan base get rid of their now pretty useless Harden threads.