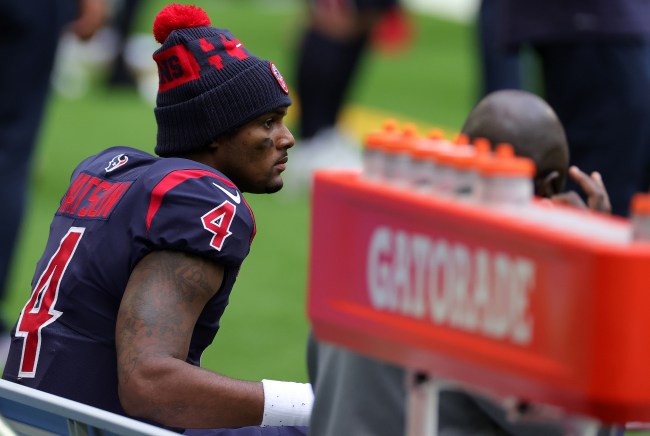 The Houston Police department has come forward to refute a comment made by Texas-based lawyer Tony Buzbee regarding the Deshaun Watson sexual assault lawsuits.

On Friday afternoon, Buzbee held a press conference where he revealed that he was currently representing 12 women who are accusing Watson of inappropriate behavior and is also talking to 10 more women with similar stories of harassment they allegedly endured from the Texans QB.

Buzbee also said that he had spoken informally to someone at the Houston PD about the Watson case.

I’ve only been reached out to informally by an individual with the Houston police department that I’m familiar with..and our intention is to put together a package and submit it to the police department.

After the press conference, the Houston PD put out a statement saying they were unaware of any contact between the police department and the Buzbee regarding Deshaun Watson.

At this time, HPD is unaware of any contact between HPD and Houston attorney Tony Buzbee regarding the allegations contained in his recently filed lawsuits and no incident reports regarding these allegations have been filed in our jurisdiction.

Buzbee did mention that after all of the lawsuits are filed he’s going to send a detailed package to the police.