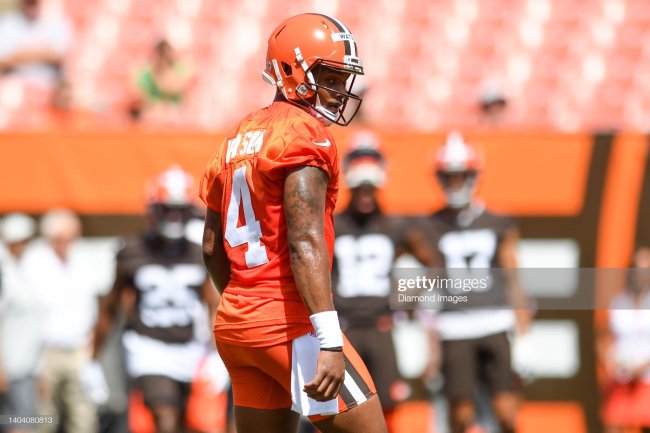 While Deshaun Watson’s disciplinary hearing with the NFL may have wrapped up this week, it could take a while for the league to hand down their decision.

According to a report from ProFootballTalk, it could take almost a month for the league’s decision on Deshaun Watson’s future to become official.

Per multiple reports, Judge Sue L. Robinson has asked the two sides to submit written briefs in support of their respective positions by Monday, July 11. At that point, she’ll have everything she needs to make a ruling.

When she does, she’ll generate a written document, possibly 20 pages in length or longer. It will make findings of fact that will be binding on the appeals process. She will then apply the Personal Conduct Policy and any other relevant considerations to those facts in order to make a decision.

Our guess (and it’s just a guess) is that a decision will come by Monday, July 25. Then, the appeals process potentially will unfold — unless she decides to impose no discipline at all. [via ProFootballTalk]

The Cleveland Browns’ training camp is scheduled to begin on July 30, which means the franchise could have an answer on their embattled quarterback by then.

RELATED: Kareem Hunt, Who Has His Own Checkered Past, Speaks Out On The Status Of Deshaun Watson, Misses The Point Entirely