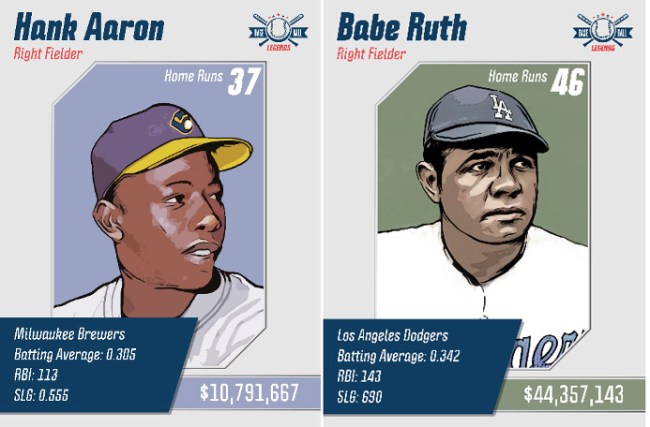 Ever wonder how much some of Major League Baseball’s biggest legends like Babe Ruth, Cy Young, Hank Aaron, or Mickey Mantle would make for a salary if they were playing today?

The folks over at Geolocation and IP intelligence company Digital Element along with its co-founder, baseball expert Rob Friedman, did, so they used their big data expertise to match players of yesteryear with modern day heroes of the game to find out how much baseball’s greatest legends would earn if they played the game right now.

The 2020 salaries were created by comparing legendary baseball players and to those who play in the same position in the modern game. This included several statistics across each player’s 162 game average, including Slugging Percentage, Batting Average and Runs Batted In. The analysts then took the percentage increase for the player’s strongest stat and applied that to the salary of the modern-day player, giving them an equivalent salary in 2020.

“We’re used to dealing with huge amounts of data on a daily basis, so wanted to put our expertise into a fun scenario where we could use statistics to place legendary baseball players in the modern game,” Friedman commented about the research. “This not only helps people see an everyday application to our work but should fill some of the void left by the sports seasons being shut down for now. That meant considering the inflation of salaries and the teams that currently have the financial power to afford to pay these salaries.

“It’s interesting to see just how much these players would be paid in modern baseball compared to the players currently amongst the best in their position, and the salary differences between their heyday and today. For example, Babe Ruth was paid $80,000 for the 1930/31 season, in today’s game that’d mean a wage increase of $44,277,143. This just goes to show the huge money in the game today… the fact he’d be playing for the Boston Red Sox might not make us too popular with Yankees fans, however!” 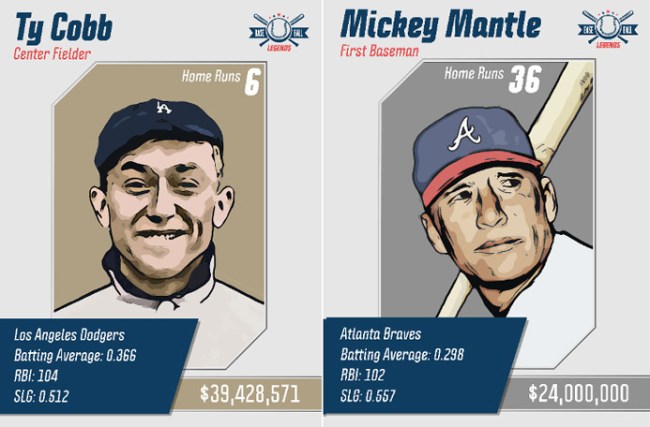 Here’s some of what they came up with…

They calculated that compared to Red Sox star Mookie Betts, Babe Ruth would currently earn $44,357,143 if he were playing for Los Angeles Dodgers in 2020.

If the Yankees were to have signed Walter Johnson instead of Gerrit Cole, they could have expected to pay him a whopping $53,419,354 per season thanks to his earned run average of 2.17.

Based on Mike Trout’s already record-breaking salary, and Willie Mays’ slightly superior record for runs batted in, they estimated he’d be earning $33,575,980 if he were to sign with the Angels today.

Ty Cobb’s salary would be much higher than Cody Bellinger of the Los Angeles Dodgers in 2020 because with more stolen bases and hits, their research indicates that he’d be earning $39,428,571. 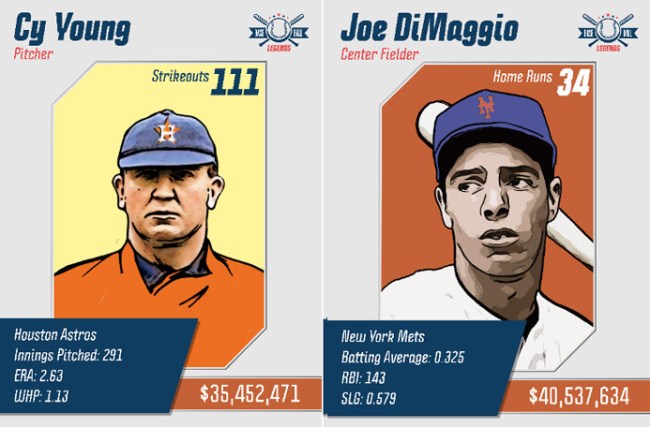 Stan Musial’s had a higher 162-game average for runs, hits and RBI than the Tigers’ Miguel Cabrera, so their analysis found that he’d be earning $50,172,414 if he were signed by Detroit today.

Joe DiMaggio would be paid much more, by comparison to Yoenis Céspedes, if he were to play for the New York Mets instead of the Yankees today, with a $40,537,634 annual salary. 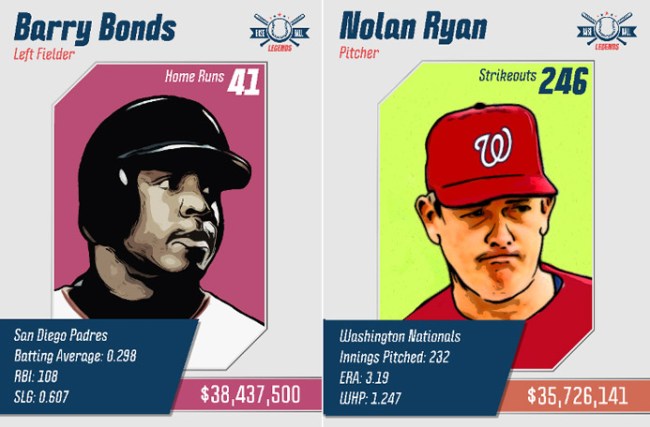 Barry Bonds’ career totals in runs, hits, home runs, RBI and stolen bases are all higher than Will Myers of the Padres, so for that reason, their statistics say he’d be earning $38,437,500 with San Diego in 2020.

Check out the full results of their research here.