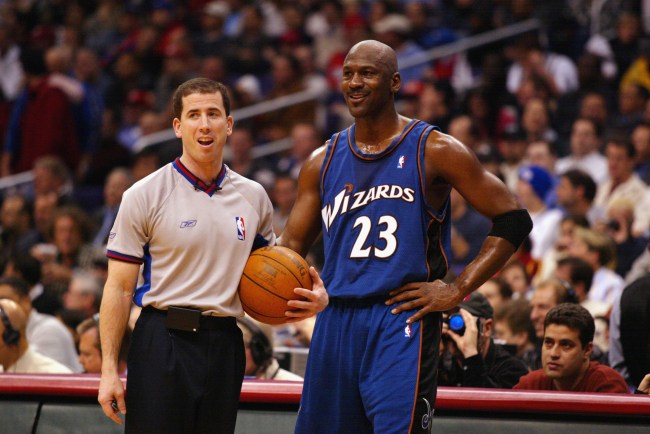 Shady sorts have been fixing competitions since people started betting on sports, with ancient Olympians and chariot racers being consistently accused of purposely throwing events.

It’s hard to top what the Chicago Black Sox did when they decided to throw a World Series as far as match-fixing scandals are concerned but former NBA referee Tim Donaghy tried his hardest after he repeatedly manipulated the point spread in games to support his crippling gambling addiction—and, as you’ll soon see, some other reasons.

Donaghy would ultimately be sentenced to 15 months in prison for his actions before fading away from the public eye—although he pops up every now and again to fire shots at referees who don’t have any motivation for blowing calls and are simply bad at their jobs.

Donaghy wasn’t the only person who was sent to lockup after the scandal came to light. He had the help of a couple of guys named Jimmy Battista—the brainchild of the operation— and Thomas Martino, who served as the middleman.

All three are featured in a recent report by ESPN, which took the time to outline exactly how the trio managed to manipulate the results of NBA games.

The article itself is a fascinating (and long) read that provides a ton of insight into exactly how things went down—including how they facilitated the fixing:

Using burner phones, Donaghy would call Martino and inform him of his pick for the game he was officiating. Martino would then relay the pick to Battista. Battista and Donaghy were never to speak directly. Battista would spend the day betting heavily on Donaghy’s selection. In total, according to a person with knowledge of their operation, he hoped to get down about $1 million of his investors’ money in each of Donaghy’s games.

The article also reveals Donaghy only received $2,000 a game—assuming the results played out like they were “supposed” to—and that the referee was at the receiving end of threats that gave him some major incentive to keep up the scam:

Accounts of the meeting differ. According to statements Donaghy made to federal law enforcement, Battista’s deal was effectively an act of extortion. You don’t want anyone “from New York” coming to your house, Battista told him.

This just scratches the surface of what transpired, so if you have some time to kill, I’d definitely recommend reading the entire account.