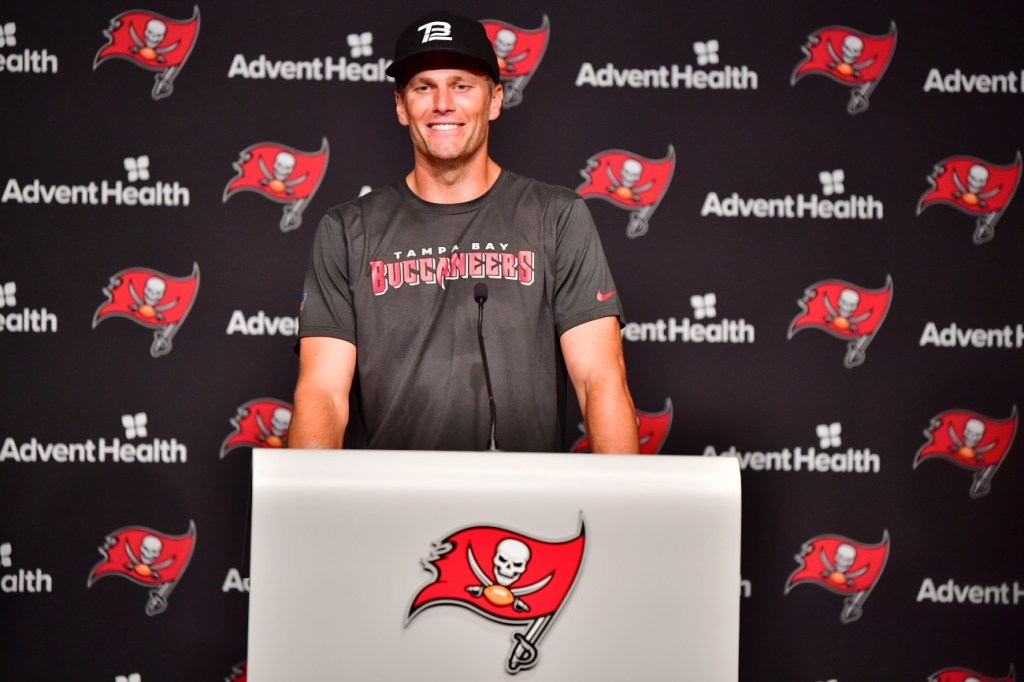 Tom Brady has one of the best social media presences of any professional athlete on the planet, or any celebrity for that matter. Sure, his follower count pales in comparison to his wife Gisele’s but he’s not the former #1 supermodel on the planet, he’s just the greatest football player in history.

Brady recently sat down with Variety for a lengthy interview where they discussed anything and everything going on in Tom’s life. He was asked about NFTs and revealed that he owns a Bored Ape. Of course he does. They discussed his latest business ventures. Tom Brady also touched on his decision to retire and un-retire after just 40 days and how that was a decision that had to go through all the moving parts in his life before being made public.

“If you look at my social, I want that to be fun and reflective. I want people to enjoy it. Lives are hard. I feel like I’m the kid who grew up in San Mateo, Calif., that found something I love to do. And it came with a lot of other stuff. Trying to manage and juggle that is my own unique challenge in my life — and to not lose touch with what’s really important, which is being a good dad, having a good family. And then the things I’m doing — committing to my team — I want to be good in those things too.

Belichick always used to say, “Do your job.” That’s the truth: Do your job. You can just do what you can do. The better you are, the better you want to be around people who are equally talented. So, find good people to be with, do your job, let them do their job and good shit happens.” (via Variety)

I’m imagining Tom Brady firing up that video of him and Gronk giggling together and him thinking ‘Bill Belichick made this happen’. It just doesn’t seem realistic even if it is.

Tom Brady was asked when he’d retire. This season? Next? 5 years? And it’s clear that Brady knows the end is near but he’s now willing to push his body as long as he stays healthy.

What isn’t clear is if Tom will stay with the Tampa Bay Buccaneers after this season and/or if he’ll make the long-rumored jump to the Miami Dolphins.