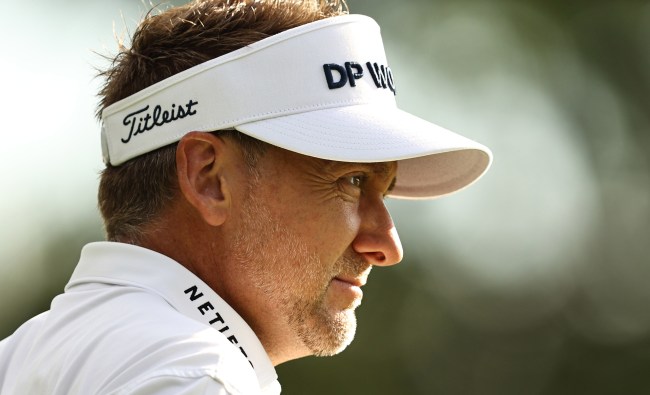 If you happened to catch some of the PGA action on TV this past weekend at the Travelers Championship won by Dustin Johnson, then you may have wondered at some point on Sunday, “Did somone just rip a gigantic fart right after Greg Chalmers hit his tee shot?”

The answer is yes, yes someone did rip a gigantic fart on live TV and it was Chalmers’ playing partner Ian Poulter.

Not that he could hide it with his caddie saying, “Did you get that?” right after Poulter unleashed his noxious blast.

Have to love Chalmers’ response to the fart, “Stay over there. Isn’t it supposed to be more silent than that?”

I like the (fart) in the closed caption. That really confirmed it for me😂😂😂😂👊

To which Poulter shot back, “The best bit is everyone thinks it was you.”

Poulter also added, “It was a little breezy first thing this morning,” and later retweeted a video of his toot, writing, “3 club wind this morning on the first tee. Always beware of the live mic.”

3 club wind this morning on the first tee. Always beware of the live 🎙 https://t.co/tzFGtf2mSS

The fart made such waves on social media that TMZ Sports interviewed Poulter to confirm that it was in fact him that did the deed.

Another reason to wear masks.