Ice Cube Wants Credit For New NBA All-Star Game Format, Quite Possibly Thinks He Invented Playing Basketball Without A Clock And To A Target Score 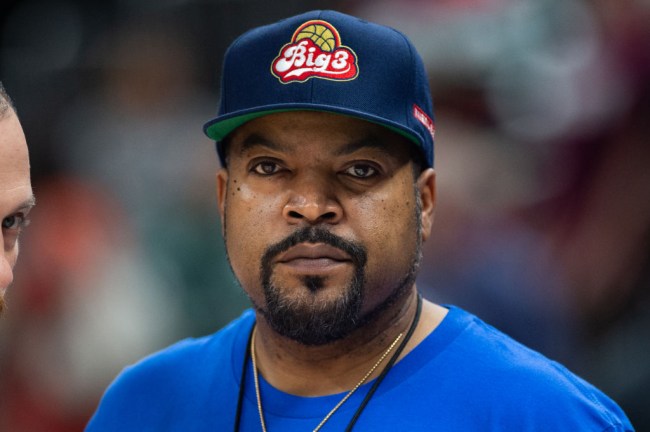 The NBA All-Star Game tried something new this past weekend and it paid off big time. For the first time – maybe ever – the game was actually competitive in the fourth quarter thanks to there not being a game clock as both teams simply had to get to a target score.

As for where the Elam Ending idea came from and scores being reset after the first and second quarters, Chris Paul was the player that proposed the changes back in 2018. Ice Cube, for some reason, seems to think that he and the BIG3 deserve the credit.

The forward thinking of ⁦@thebig3⁩ is taking our credit for helping the ⁦@NBA⁩ make the 4thQ of yesterday’s ASG one to remember. Many will try to pull the Elam Rule out their asses, but we proved in 2017 that no game clock is the future. #nogarbageminutes pic.twitter.com/P5gzizxTvD

Ice Cube’s BIG3 plays without a game clock as teams race to the target score of 50 having to win by two. It’s also a 3-on-3 league where there are legitimate four-point shooting zones beyond the three-point line.

Ice Cube is under the assumption that the NBA completely stole his league’s format for the final quarter of the All-Star Game due to the success the BIG3 has had over the past few years.

While Ice Cube’s statement here is laughable and just flat-out wrong, it’s worth taking a step back here.

Tweet me @ItIsMarkHarris if I’m wrong, but um, I’m pretty sure people have been playing the game of basketball without a clock and to a target score for forever. Ice Cube didn’t create the game of 21 or anything.

I wasn’t the only person that had this thought. Someone tweeted Ice Cube about the whole situation and how people have bee playing basketball like that forever, but credit to Cube for owning it by simply saying he took that idea and made money off of it.

Talk about the American Dream, people. This man monetized something and is running a league where Phoebe Buffay’s ex-boyfriend on Friends is his in-game reporter and now he’s calling out one of the biggest sports organizations on the planet for ‘stealing’ his idea.

At the end of the day, Cube took a very, very simple format of the game that’s been around since the dawn of time and got some retired NBA players to play in some games. Whether or not the NBA did steal the idea from him, both parties are at least a little bit guilty here.