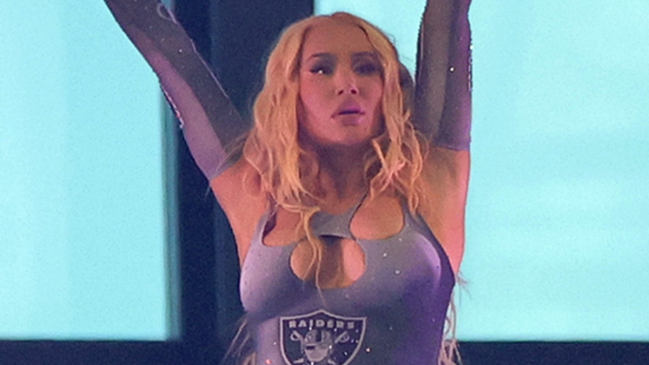 Every generation has certain trends that don’t end up aging very well; the kind of fads where the only thing you can really say was “Well, it was just kind of a weird time” when your kid asks you to explain them a couple of decades after they ran their course.

That’s probably going to end up being the case with Iggy Azalea, the Australian rapper most people would have absolutely no idea was from Australia if they weren’t aware of her past before listening to “Fancy,” “Problem,” and the other tracks that allowed her to briefly ascend to the Superstar Tier in the mid-2010s.

Azalea’s novelty eventually wore off, and the second half of the decade saw her musical endeavors largely overshadowed by her personal life thanks to a rocky relationship with Nick “Swaggy P” Young as well as flings with Odell Beckham Jr., Playboi Carti, and (most recently) Malik Monk.

However, Iggy Izz hasn’t given up on the career that put her on the map, and she provided some halftime entertainment for the fans who watch the Raiders face off against the Texans at Allegiant Stadium in Las Vegas on Sunday.

Iggy Azalea performing at the halftime show for the @NFL @Raiders vs @HoustonTexans game yesterday. pic.twitter.com/M5vvc5DOeU

However, not everyone in attendance enjoyed the performance—including one journalist who found himself subjected to a clap back from the rapper after voicing his criticism.

On Sunday, Tashan Reed aired a couple of grievances concerning his experience covering the game for The Atheltic, which included a dig at the halftime show.

That complaint eventually came to Azalea’s attention, and she opted to allude to the bag she received for the show while hitting Reed with a response that exuded some incredible “DON’T CAAAAARE” energy.

If you think you’re depressed now I’ll spare you the tears you’d cry knowing what my paycheck was to come and jiggle a lil ass. https://t.co/0oExq3LIB2