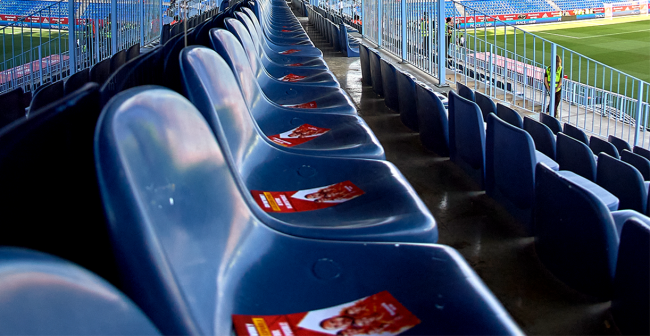 A prototype of the world’s largest stadium, capable of seating one million fans has been causing quite the buzz on the internet.

Created by American artist Paul Pfeiffer, the concept art was first reported by Spanish publication Marca back in 2020, but has gone viral this week after being tweeted out by several sports-related accounts.

Inspired by the Olympic Stadium in Sydney, Pfeiffer’s one million seat stadium has 14 levels with the top seats being so far from the action on the ground that the players would barely be visible, if at all.

An experimental prototype of a stadium for 1 million fans.😮

Surely impossible in reality but an interesting concept.
St. James' Park away section on steroids vibes.😂

This one million seat stadium would be like stacking 11 Wembley Stadiums on top of one another, then adding another 10,000 seats just for good measure.

Will it ever happen? Unlikely, but it’s a fascinating idea that certainly got sports fans around the world talking on social media.

“That place is gunna have more nose bleeds then [sic] 11,” one fan joked, referring to the Stranger Things character.

Curious: what happens in half time when a million people go to the bathrooms?

Interestingly, a Twitter poll with over 150,000 votes was overwhelmingly against the idea of ever building a stadium this large.

A 1 million seater stadium is a good idea?

The problem is not the stadium it’s the parking. If it takes hours to leave an 80k person event, I can’t imagine the days it would take to leave a 1M person event. Lol

That, right there, is why a one million seat stadium should never, ever happen.

Why stop at one million? Surely this is scalable to 425 million?

And that is the kind of thinking that will probably make it actually happen someday. We just can’t help ourselves.