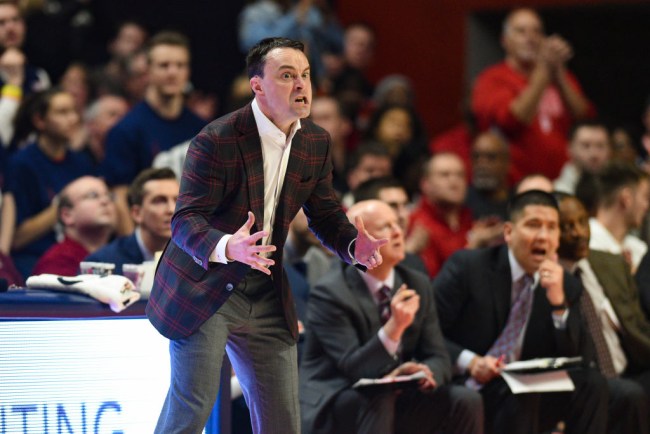 Bracketology and Sesame Street are one and the same according to Indiana head coach Archie Miller.

Miller’s Hoosiers blew a seven-point, second-half lead at home on Saturday to Wisconsin which wasn’t necessarily ideal with Indiana sitting firmly on the bubble and Selection Sunday fast approaching. Following the game, Miller decided to defend his team’s resume with a bizarre Sesame Street analogy, as one does.

He took a shot at ESPN’s Bracketology and March Madness guru Joe Lunardi in the process. In his opinion, Bracketology is just a children’s show.

“It’s a children show. Every bracketology’s a children’s show. Bottom line with our resume is it’s strength of record, and that’s undeniable,” Miller said. He also explained that if the Hoosiers don’t get into the NCAA Tournament, “somebody’s gonna have to answer some questions.”

When I was in the Atlantic 10 (with Dayton) Joe Lunardi was my best friend. He used to help me all the time,” Miller explained. “When I went to Indiana — he needed to crap on Indiana the other day just so people would watch ‘Sesame Street,’ you know what I’m saying?”

Apologies, Archie, but no, we don’t know what you’re saying.

"When I was in the Atlantic 10, Joe Lunardi was my best friend…"

Miller was clearly frustrated after his team’s loss on Saturday, but to go the route of taking a shot at a predictions model and Lunardi, a guy who’s only job is to study college hoops, is certainly a strange one.

Regardless of Miller’s opinion on Lunardi and ‘the children’s show,’ his Hoosiers are 19-12 on the year and finished 9-11 in the Big Ten.

Perhaps the weirdest thing about this entire situation is that Lunardi has the Hoosiers in the tournament as a ‘Last Four In’ team as of Monday.

Maybe Miller’s tactics of calling out Lunardi worked in Indiana’s favor after all.