The Indianapolis Colts Are Not Going To Go After $24.8 Million Owed By Andrew Luck In Signing Bonuses After He Announced Retirement 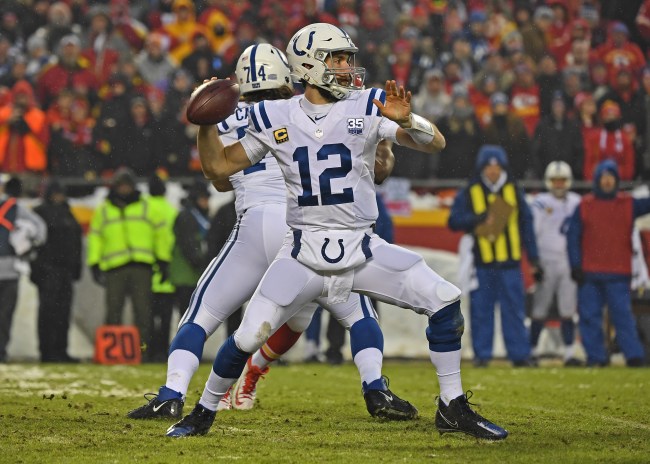 Last night Colts franchise QB Andrew Luck shocked the NFL world when he abruptly retired from football after being “mentally worn down” following years of injury and rehabbing.

Luck held an emotional impromptu press conference after the Colts-Bears preseason game to talk about his decision to retire.

"I know that I am unable to pour my heart and soul into this position. … it's sad, but I also have a lot of clarity in this."

Andrew Luck speaks on his retirement from the NFL. (via @rtv6) pic.twitter.com/cs5HAOQT2G

Andrew Luck got emotional while explaining why he's retiring. pic.twitter.com/CvymuNKyXk

According to ESPN’s Adam Schefter the Colts will not pursue $24.8 milluon owed by Luck in signing bonuses and are allowing him to keep the money as a parting gift for all the years of service he had with the team.

Despite the fact that they could have recouped $24.8 million from their former QB, the Colts already have reached a financial settlement with Andrew Luck in which they will not take back any of the money they are owed, league sources tell ESPN.https://t.co/HPrU7xTowE

Luck could have owed the Colts $12.8 million as a pro-rated portion of the $32 million signing bonus the Colts gave him when he signed his five-year extension in 2016, and another $12 million in roster bonuses he was paid in March. But Indianapolis waived its right to recoup the money and is allowing Luck to keep it all, after the poundings he’s taken and all he’s given to the franchise. It is, in an official way, his parting gift.

Colts owner Jim Irsay, who tried to Luck out of retirement, seemed to understand why the QB was leaving the game.

It’s a tough thing, look it, he’s leaving $450 million on the table potentially,” \ “I mean, a half a billion dollars, and he’s saying, ‘You know what, I want to have my integrity. I have to be able to look (wide receiver) T.Y. (Hilton) in the eye, look my teammates, look coach, look (GM) Chris (Ballard) and say, I’m all in,’ and he just didn’t feel he could do that.”

This is real nice of the Colts considering how the Lions forced Calvin Johnson to pay back his $3 million signing bonus when he retired.

This speaks volumes. Generous move by the #Colts.

(The #Lions took Calvin Johnson’s signing bonus back when he retired. That relationship has been broken ever since.) https://t.co/rNAyDaKVai