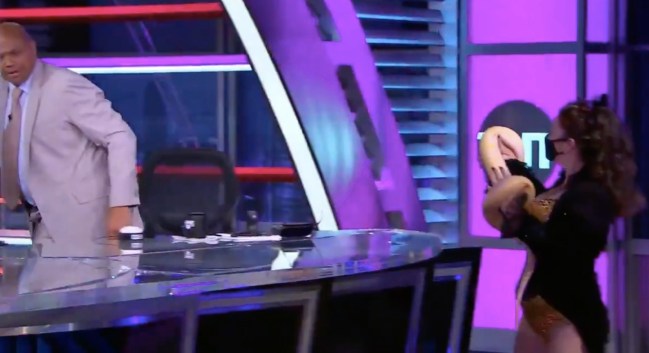 Inside the NBA is, simply, phenomenal. In my hierarchy of Favorite Sports Rankings, basketball probably sits fourth behind the two footballs and baseball. The reason for my increasing disinterest in basketball likely has to do with the fact that my hometown team, the New Jersey Nets, packed up and moved to Brooklyn close to a decade ago. That, combined with a decade dominated by LeBron James and the Golden State Warriors, has effectively killed my passion for the NBA.

All that said, though, when it’s playoff time, I’m locked into, particularly to the games on TNT. I legitimately get bummed out when I realized a night’s slate of games unfold on ESPN and TNT. Nothing against ESPN, of course — I actually happen to really like the trio of Mike Breen, Jeff Van Gundy, and Mark Jackso — it’s just that TNT pre-and-post-game show, Inside the NBA, is simply one of the best sports programs on television.

Inside the NBA reminds us how it achieved that GOAT status seemingly every night, with last night being no different, as the crew unleashed a full-grown snake on Charles Barkley after he smashed his famed “GUARANTEED!” button.

Charles wanted no part of this snake after hitting his guarantee button 🤣 pic.twitter.com/oEsnz4QRJM

Unfortunately for basketball fans, Inside the NBA’s season is on the verge of ending, as the last series the channel broadcasts is the Western Conference Finals, as ESPN and ABC host the NBA Finals.

RELATED: Charles Barkley Suffers Leg Cramp On ‘Inside The NBA,’ Shaq Gets Up And Punches It Out