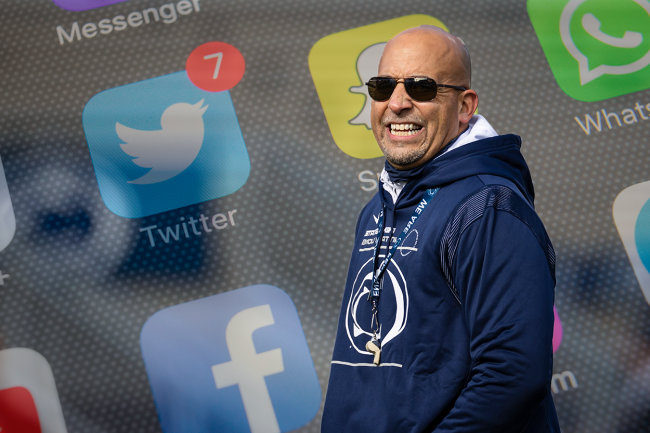 James Franklin has gone 22-11 over the least three seasons as the head coach of Penn State football and 67–32 since he was hired in 2014. And now he will have another decade to add to that record.

Franklin, who was linked to quite a few of the top Power Five college football openings this season, agreed to a 10-year extension with the Nittany Lions program on Tuesday. He gave a definitive statement that he would be staying in Happy Valley last week and doubled down on Saturday.

As it would turn out, he is keeping his word.

Per the new contract agreement, Franklin will make at least $7.5 million annually (salary + retention bonus), as well as an annual $1 million loan for life insurance. He can earn more money based on his team’s performance.

Franklin’s deal makes him the fifth-highest paid head coach in college football along with Texas A&M’s Jimbo Fisher. Only Nick Saban, David Shaw, Dabo Swinney and Lincoln Riley are ahead of them. Previously, Dan Mullen and Ed Orgeron were also making more than the $7.5 million salary. but they have since been fired.

Perhaps most importantly for Penn State, a buyout for Franklin to leave starts at $12 million through April 2022. Thus, for another school to poach him would be expensive.

In response to the announcement, the internet had jokes, anger and joy.

Here are some of the best reactions to Franklin’s extension:

James Franklin on his way to pick up that first check of his new deal 😄 pic.twitter.com/RH9Qc2nguS

James Franklin getting an extension.

The Media after James Franklin signed his 9th extension at Penn State and didn’t go to USC pic.twitter.com/xVRtzTgwgw

James Franklin and Mel Tucker this weekend after the game pic.twitter.com/vlNjMsUJoU

Since this, Penn State is 27-14 and 7-7 against ranked teams. Has he turned it into an elite program since then? https://t.co/HaJDIx0PTw

Other schools: We’ll take him?!

Penn State: 3 BCS bowls last five years and doesn’t get his ass kicked by Ohio State on the reg like Michigan does, and is killing it in recruiting, we’ll extend him.

Kinda glad I can bet Penn State under 9.5 wins for the entire next decade. Good news. https://t.co/e1GKmzSJqN

Dude finessed winning 2 of his last 6 games against Rutgers and Maryland into a 10-year extension.