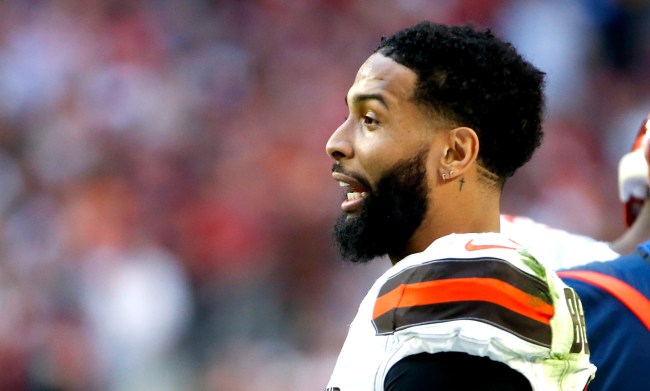 Listen, what a man likes to do in the privacy of his own home, as long as it isn’t hurting anyone, is fine with me. If Odell Beckham Jr. likes to have ladies drop a deuce on him within the confines of the bedroom, as the very reliable women who broke the story about an IG model claiming to have pleasured seven members of the Phoenix Suns recently stated, then it’s none of my business.

Is it unusual? One would have to think. Does it in any way affect whether of not OBJ can do his job with the Cleveland Browns? I can’t see how it would. Although there will certainly now be numerous references to Beckham being on the “Browns” for the next few months… especially by opposing cornerbacks, one would have to assume.

Whether the story is true or not, this is the 21st century and as such there is this thing called the internet which means that rumors such as this, regardless of their validity, are going to take on a life of their own. That’s just how things work in the year of our lord 2020.

Attempts to find out why “Odell” is trending. pic.twitter.com/AYwURrpzSx

Odell Beckham Jr when he wakes up and sees why he’s trending pic.twitter.com/rteVdVAXU5

“Damn this chipotle really be messing up my stomach”

Odell know he ain't winning no super bowl so he interested in a super bowel pic.twitter.com/z8L44XVu8L

i just saw why odell is trending and… the internet was a mistake.

Odell explaining why he was trending pic.twitter.com/QiMgTG3wPC

Not one, but three SpongeBob Squarepants references… nicely done, internet.

Between this story and the Baker Mayfield Cheesecake Factory tales, the Browns may not be good, but they certainly are interesting.