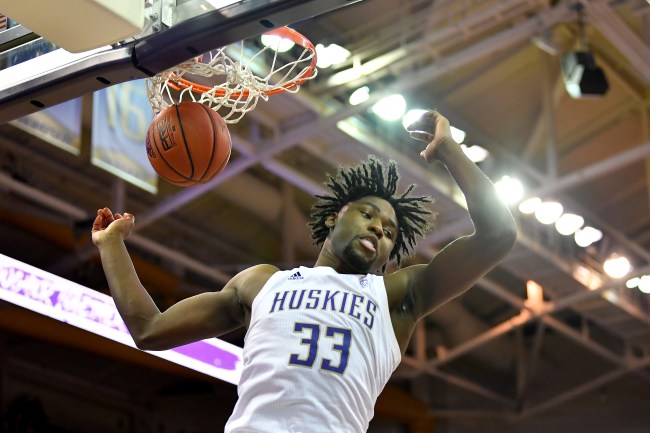 Jim Boeheim must try to sleep with the knowledge that turning down a fan photo five years ago resulted the loss of a future first-round pick and a means out of ACC mediocrity.

Taking Syracuse up on a scholarship offer would have been an easy choice for the 6-foot-9 Rochester, New York native, who played on the same Albany City Rocks AAU team as Orange guards Buddy Boeheim and Joe Girard.

But, an interaction, of lack of one, that Stewart had with Syracuse coach Jim Boeheim when he was in eighth grade helped shift the trajectory of his path and shuffle the current college basketball landscape.

Rochester-native Isaiah Stewart sat down with @GoodmanHoops and recalled when Syracuse HC Jim Boeheim wouldn’t take a photo with him back in 8th grade. pic.twitter.com/PPjkplbNwd

Boeheim quickly responded to the accusation, claiming that it was a group of people who approached him and that he suggested taking the photo after the game ended.

“I never turn down pictures for anybody,” Boeheim told Jeff Goodman.

Tell that to a 13-year-old Isaiah Thomas over his sobbing. Now who’s the one sobbing? #CircleOfLife.

Hopkins also happens to be a former Syracuse assistant and the reason Stewart chose Washington.