It’s Russia Versus The World At UFC 242 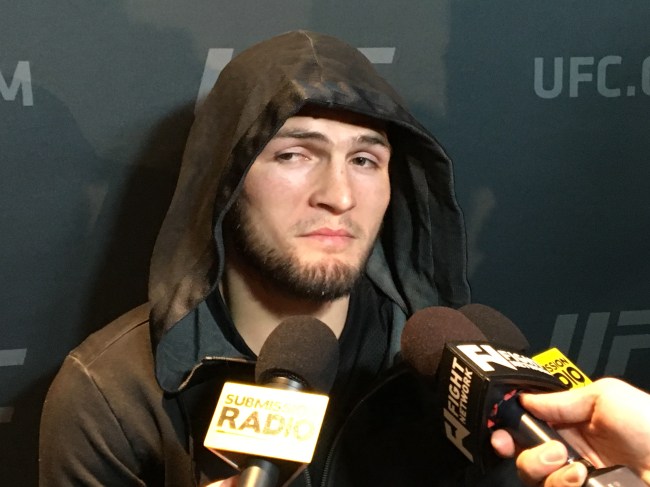 For years now, Russia has been developing into a major hotbed for mixed martial arts.

From the UFC’s first Russian champion, Oleg Taktarov, to current lightweight champion Khabib Nurmagomedov, who headlines the UFC 242 Pay Per View main card on ESPN+, Russia has always produced some great MMA fighters. However, in the last few years, there has been a major influx of mixed martial artists from the southern Caucasus region, and these guys are not only having great success inside the Octagon, but they’re starting to redefine the game of MMA.

Whether you love the Russians or not, UFC 242 is the perfect event to draw your line in the sand and bring a bit of nationalism into your MMA fandom. Combat sports have always carried nationalistic undertones, and the UFC 242 card has really been built around Khabib and the Russian fighters. The card is going down in Abu Dhabi, but it might as well be Makhachkala, honestly.

There are six Russian fighters competing at UFC 242, and none of them is more famous than Khabib, who headlines the Pay Per View main card on ESPN+. Honestly, Khabib is so famous in Russia, that he may be the country’s most popular athlete. His star is so bright, in fact, that he’s creating a massive platform for his countrymen to display their own talents.

Quite notable is Khabib’s close friend Islam Makhachev, who is currently ranked fourteenth in the UFC lightweight division.

Makhachev employs a very similar style to Khabib, mostly relying on his dominant wrestling and grappling, but mixing in his strikes to keep opponents guessing. UFC 242 is a big, big spot for Makhachev, who is being positioned as the next big Russian star after Khabib.

OUT OF NOWHERE!@MakhachevMMA opens up #UFC220 with a BANG! pic.twitter.com/gz3bS2lY6a

Another Russian fighter to watch is Chechnya’s Mairbek Taisumov, who also competes on the UFC 242 main card on ESPN+.

Taisumov is a bad dude, a nasty kickboxer who is known for dishing out knockouts. He has the appeal of a movie villain, as if there is only wickedness in his soul — that is, when he’s fighting in the Octagon, of course.

This is a huge spot for Taisumov, who has never competed on a UFC Pay Per View card before. Visa issues have basically relegated Taisumov to the European MMA circuit, but this slot on the UFC 242 PPV on ESPN+ could potentially boost his profile a great deal, maybe even elevate him into the top-15.

Beyond Makhachev and Taisumov, the UFC 242 card is chock full of Russian fighters, guys like Shamil Abdurakhimov, Muslim Salikhov, and Omari Akhmedov. Zubaira Tukhugov, the guy who got suspended along with Khabib for the melee inside the T-Mobile arena after UFC 229, has even been rumored to be on the card, but that seems to be unconfirmed for now.

It’s basically like an entire card of Rocky vs. Drago. Let’s just hope there are no Apollo Creeds at UFC 242.

Of course, the UFC 242 card on ESPN+ isn’t even taking place in Russia. Khabib and the rest of the Russian crew will throw down in Abu Dhabi, but they all have major ties to the Middle East, so for at least one night, the United Arab Emirates will double as Russian soil, and now it’s time to see if all of these Russian fighters can really live up to the standard set by their national and athletic hero, the icon, Khabib “The Eagle” Nurmagomedov.