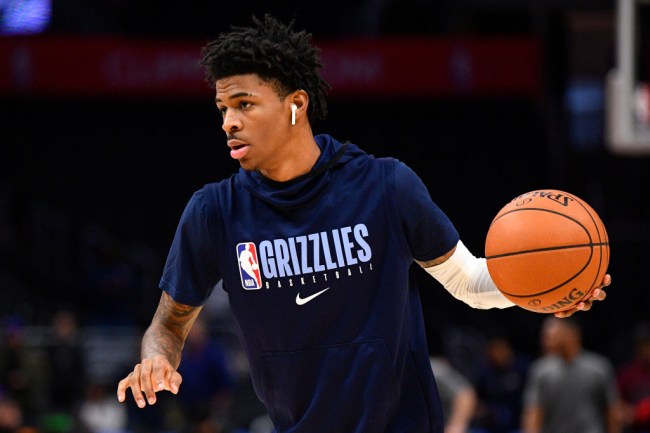 Over the weekend a report emerged from Shams Charina that the NBA and NBPA have agreed to allow players to replace the name on the back of their jerseys with a statement on social justice. Grizzlies point guard and likely NBA Rookie of the Year Ja Morant was quick to post the message he wouldn’t mind seeing above the No. 12 on the back of his jersey; the word ‘fuck.’

Morant posted the photoshopped jersey to Instagram saying ‘nah fr tho’ and also in a since-deleted tweet writing ‘want dat on my jersey fr.’

Ja Morant has a jersey statement in mind. 👀 pic.twitter.com/rkN3iNemLF

“I want to first apologize for reposting something that didn’t clearly and accurately convey what I wanted to share. My post was intended to focus on the bad cops who get away with the murder of unarmed Black men and women, and those who continue to harass peaceful BLACK LIVES MATTER protestors. I there are good cops “12” out there. I know some, and a few are family. I am thankful to the cops at Murray State to watch over me with the Grizzles. We NEED good cops to spet up and make sure other coops are not abusing their power.”

In the final statement in his apology post, he asked “where’s the justice for Breonna Taylor??” (expand the tweet to see the full statement).