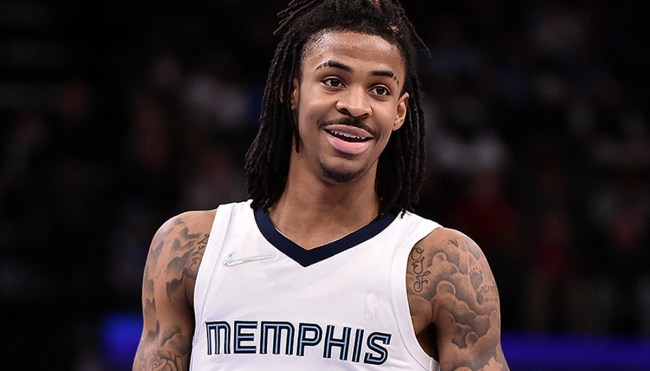 It’s been a little over three years since the Memphis Grizzlies scooped up Ja Morant with the second overall pick in the NBA Draft, and it’s safe to say the Murray State product has more than lived up to the expectations that surrounded him coming out of college.

The high-flying guard took home Rookie of the Year honors after quickly establishing himself as one of the most electric young talents in the league. He managed to add NBA All-Star, Most Improved Player and All-NBA Second Team honors to his résumé this season while leading his team to the Western Conference Semifinals, and was ultimately rewarded with a rookie max extension that could be worth more than $230 million over the next five years.

Now, we have some proof that Morant is a man of the people based on how he decided to celebrate that achievement in the third installment of a docuseries that debuted last month.

The burgeoning superstar was in Dallas when he officially secured the massive bag, and cameras captured him and his crew reacting to the news before grabbing a meal at an Applebee’s where he spread the wealth by giving his waitress a $500 tip.

The server assumed he was some sort of professional athlete, and while Morant initially joked about being “Black Jesus,” he eventually revealed his true identity.

That led to the amazing moment when the woman realized she knew who he was (she initially failed to recognize him because he wasn’t sporting the signature hairstyle he rocks during games) before running away in excitement.

Here’s a clip from the recent vid of Ja tipping a waitress $500. Amazing. pic.twitter.com/33GI81k4oI