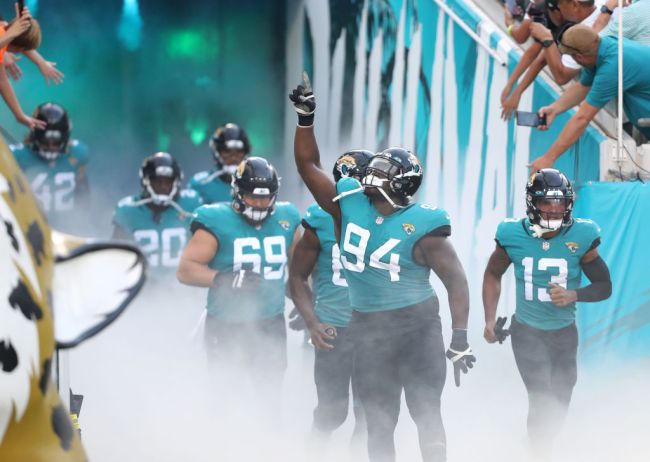 The Jacksonville Jaguars just never seem to be able to make things easy for themselves.

This offseason, they spent a ton of money to overhaul their roster, brought in a Super Bowl-winning coach, and once again got to make the 1st pick in the NFL Draft. They seemed to be doing the right things to try to turn their franchise around.

Now, as the NFL’s regular season approaches, there is one major issue that the Jags find themselves facing.

This morning, it was reported that the Jaguars had waived kicker Ryan Santoso, leaving the team without a kicker on their roster just a few weeks before their season starts.

The Jacksonville Jaguars have had an interesting year at kicker. It all started when they replaced Josh Lambo with Matthew Wright in the middle of last season. After his release, Lambo revealed that he had been kicked by head coach Urban Meyer during practice, one of the many reasons why Meyer is no longer coaching the Jaguars.

Wright made it through the rest of the season as the team’s kicker, but was replaced by rookie Andrew Mevis during the offseason. Last month, the Jags decided Mevis wasn’t their answer, instead turning to Elliot Fry. Fry was released with an injury settlement just a few weeks later.

Ryan Santoso had been locked in a competition with Fry at the time to be the team’s starting kicker. He had seemingly won the competition once Fry was released. However, that has turned out to not be the case. Now the Jags have no kicker with just a week left in the preseason.

Maybe the Jags are going to see if they have any safeties who secretly have some kicking skills. If they don’t happen to have a Justin Reid on their roster, then they don’t have much time to figure out who their kicker should be for this season.