Jadeveon Clowney’s Patience May Pay Off, As Saints Are Said To Be ‘All In’ On Signing The Underachieving Defender 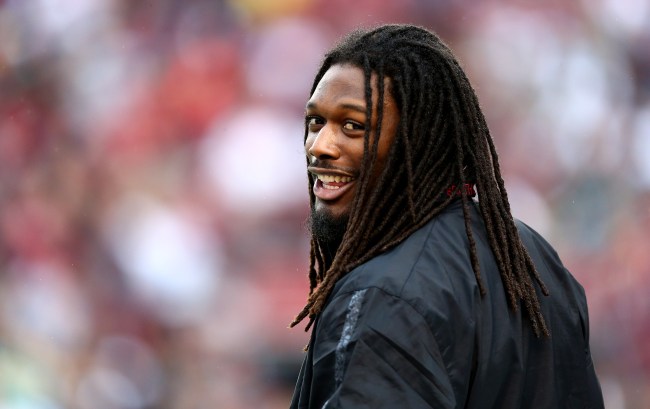 Former No. 1 overall pick Jadeveon Clowney’s free agency this offseason has been a bit of a rollercoaster, with rumors flying from all over the place about where the three-time Pro Bowler may end up. There were the reports that Clowney turned down a huge offer from the Cleveland Browns back in May, and that, as recent as June, the defender was still holding firm on a deal worth at least $20 million per year, even putting out a wish list of teams he preferred most.

Now, we all know how the NFL works — big names who have potential always seem to get paid; especially at premier positions like defensive end or quarterback — but (*checks stats*), Jadeveon Clowney is coming off a pretty miserable 2019 season, guys. With just 31 tackles, 3 sacks and a healthy 4 forced fumbles, does this guy really deserve more than $12 million per year? Probably not. But it only takes one team to buy in, and, per a new report, it seems to be a Super Bowl contender.

That’s because, according to ESPN’s Dianna Russini, the New Orleans Saints are believed to be “all in” on Clowney, with the team sending someone from the coaching staff to recruit the guy.

The New Orleans Saints are all in on landing Jadeveon Clowney. Sources tell me they are sending a member of their coaching staff to Houston, where Clowney lives to meet and discuss why New Orleans is the best spot.

You know how everyone always claims that patience pays off? Welp, it seems like Jadeveon Clowney’s just might work out best for him, as the Saints are one of the best teams in the NFC, have a future Hall of Fame quarterback in Drew Brees, a ton of offensive firepower, a bend-but-don’t-break defense, and, oh yeah, won 13 games without the services of Clowney last season. That sort of seems like a good spot for him.

This all goes without mentioning what the Saints might be willing to pay Clowney, which, if he holds firm on his $20 million per year stance, would be a major win-win for him after all of this.

Jadeveon Clowney’s free agency has been wild so far this offseason, and, even with these most recent reports, still isn’t finished business. But if the Saints really roll the dice and sign him to a deal for one last Super Bowl push with Brees as their signal-caller, it would be a huge victory for the defender — especially considering he’s been a bit of disappointment, never even compiling double-digit sacks in a season.

The 27-year-old is talented and has a few accolades to hang his hat on, but there’s no way in hell he’s worth the money he expects. Then again, that’s just my opinion, and the Saints may feel way differently and hand the guy what he wants in annual salary.