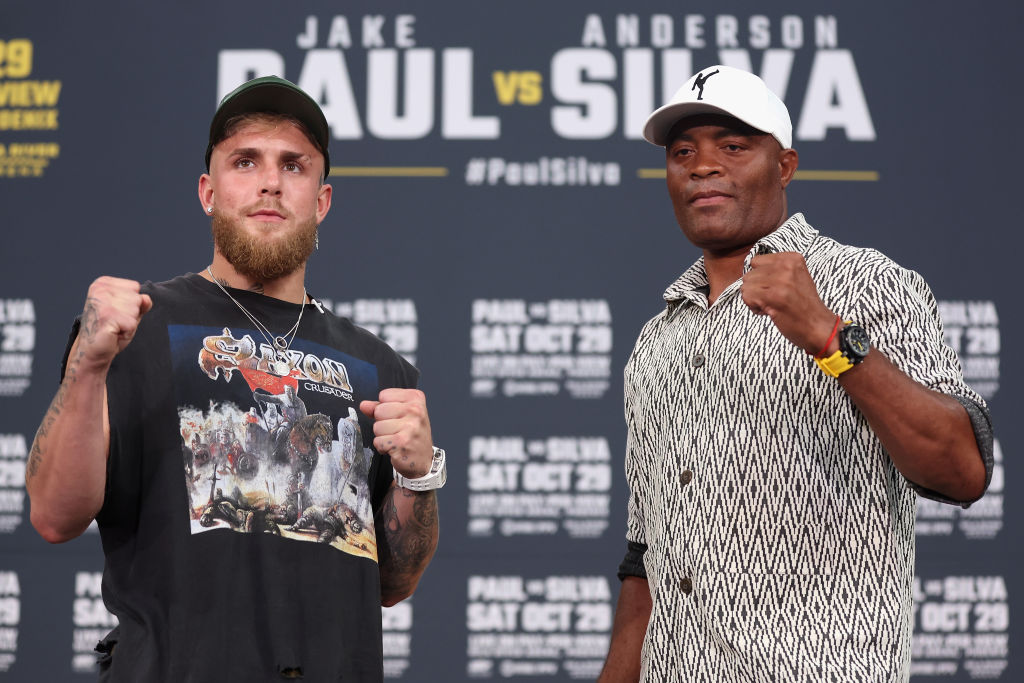 The Arizona boxing commission is concerned about some recent comments made by 47-year-old Anderson Silva.

In an interview with MMA Weekly, Silva said he had revealed that he had gotten knocked out twice in sparring.

“I’m training hard for win. I’m training with the good boxers of a high-level, and five guys have come to help me,” Silva told MMA Weekly when discussing his preparations to face Paul. “And in the last sparring with my partner, he knocked me out two times, and when I finished the training, I talked to my coach and I said, ‘Coach, let me tell you something, why have the guys knocked me out two times?’ And the coach said, ‘You need [to] prepare for war, and you will prepare for war.’”

Anderson Silva preparing for war by getting knocked out twice in one sparring session🫠 pic.twitter.com/HHroMwk1wY

Silva attempted to clarify his comments by saying that he was exaggerating when he said that he KOed twice out in practice.

Anderson Silva via statement released to TMZ.
“After seeing the reports and concern for me, I’d like to clarify two important things. One, I was NEVER knocked out in sparring. I misspoke in that interview as I sometimes do when interviewing in English and exaggerated the normal back-and-forth action that occurs in sparring,. “Second, this sparring session I referenced was in early September. The interview with MMA Weekly was done on Sept. 13 and, for some reason, just released this week. So, it wasn’t recent. More importantly, my training camp has been great. I am fit and ready to fight and the only knockout people should be worried about is the one I’m about to deliver to Jake Paul on Saturday night.”

The Arizona athletic commission has scheduled an emergency meeting to discuss Silva’s comments and potentially canceling the fight that set to take place on Saturday.

The AZ Boxing & MMA Commission is meeting tomorrow at 6:30pm regarding Anderson Silva, the AZ Gaming Department just emailed me.