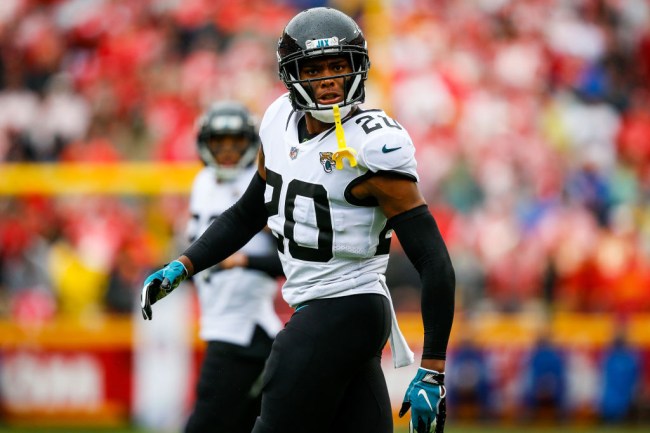 Earlier this week, soft-spoken Patriots cornerback Stephon Gilmore was baited into giving his opinion on fellow cornerback and perpetual motormouth Jalen Ramsey. Gilmore told Boston’s 98.5 The Sports Hub: “A lot of guys that talk are mostly zone guys so they have a lot of energy to do that.”

Ramsey, never one to bite his tongue, shot back at Gilmore, weaponizing his selection as All-Pro.

The transcript, via For The Win:

“I mean we know that’s furthest from the truth. I’m gonna continue to do what the team asks me to do, either man or zone. Maybe he should try it, I was All-Pro. It’s cool though. I’ve never understood why someone on the same side of the ball would hate on someone. Usually we’re going against the opponent. Maybe I’m a threat or something. It was weird to me. It’s lame, it’s corny. That’s him, though.”

The 23-year-old Ramsey also lobbed a condescending jab at the Patriots most valuable defender, earning $65 million over 5 years in a famously frugal New England.

Jalen hit Gilmore with the “hope he turns it around” lmao pic.twitter.com/bJaZkbyN2Y

Ramsey’s comments come in the wake of Tony Romo saying he looked tired during his matchup with Chiefs’ Tyreek Hill. Ramsey corroborated Romo’s claim saying that he was burnt out from a matchup that “felt like a track meet.”