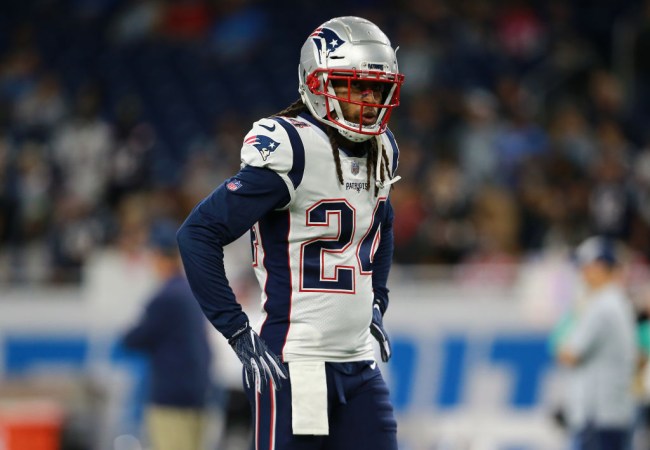 Gilmore has earned the reputation of being one of the more soft-spoken guys in the Patriots locker room, a lunch pale type of guy who would rather get a W than a headline. He said as much in an interview with Boston’s 98.5 The Sports Hub Wednesday: “I just feel like it’s a distraction and I don’t want to be that type of teammate.”

The 28-year-old corner proved he wasn’t immune to getting baited by the media when Phil Perry of NBC Sports asked him his opinion on the comments Ramsey made about Tyreek Hill being more of a “return specialist” than a receiver.

“It’s funny,” Gilmore said. “A lot of people can talk but you’ve gotta back it up — which he does. Sometimes. It is what it is. A lot of guys that talk, that’s just their personality or that’s just how they is.

“I feel like a lot of people that talk like that, they’ve got a lot of energy because they’re playing . . . that’s just how they is.”

The Sports Hub’s Scott Zolak and Marc Betrand decided to prod at Gilmore again to try to get a juicier nugget and they succeeded.

Stephon Gilmore was just on @ZoandBertrand and was asked about Jalen Ramsey’s comments about Tyreek Hill last week. Not his style. “A lot of guys that talk are mostly zone guys so they have a lot of energy to do that.” 👀

The zone jab isn’t entirely true, as Ramsey plays his fair share of press and man-to-man coverage, but I don’t mind Gilmore dipping his feet in the shit-talking pond.

Gilmore’s reasoning on why he doesn’t run off at the mouth is actually very insightful.

Ramsey is probably crafting a response as we speak. Stay tuned!