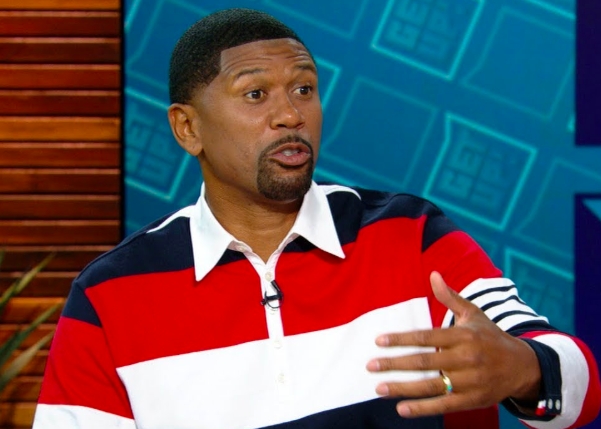 Jalen Rose wants everyone to know that he’s got his wife’s back. Rose, who’s married to First Take host Molly Qerim, opened about an incident that happened last week on the show between Qerim and guest Lavar Ball, fully detailing all that happened following the awkward exchange in which Ball told Qerim she could, “switch gears with him anytime.”

For his remarks, ESPN condemned Lavar Ball, saying that his actions were “completely inappropriate.” However, it was Qerim who seemed to get a lot of public backlash after she spoke to TMZ Sports about the network having her back. Now it’s Jalen Rose’s turn to try and set the record straight, detailing some of what has happened after the incident last week.

Here’s what Rose said, which sure nominates him for the Supportive Husband of the Year Award.

“Molly talks to TMZ, and they ask her a question about ‘how do you feel about LaVar being banned?’ She clearly said ‘that’s above my pay grade, I don’t know anything about that.’”

“She and I didn’t send no texts, no emails, no overtures to get anybody banned from ESPN – the company that we work for and don’t own, fools.”

“Then it went to, ‘oh Molly, you got a black man banned from ESPN.’ Y’all know she’s married to a black husband, right? She’s covered the NFL, the NBA, college basketball, MMA… she’s been doing this for 15 years. She knows how to navigate. She knows how to take care of herself.

Good on Jalen Rose for taking a stand against all the haters out there who seemed to attack Molly Qerim after she was the victim of the comment. While Lavar Ball and his reps said he never meant it to be anything sexual — and some don’t think it was a big deal — it clearly came across that way, and it’s good to see that he’s at least getting put in his place a little bit.