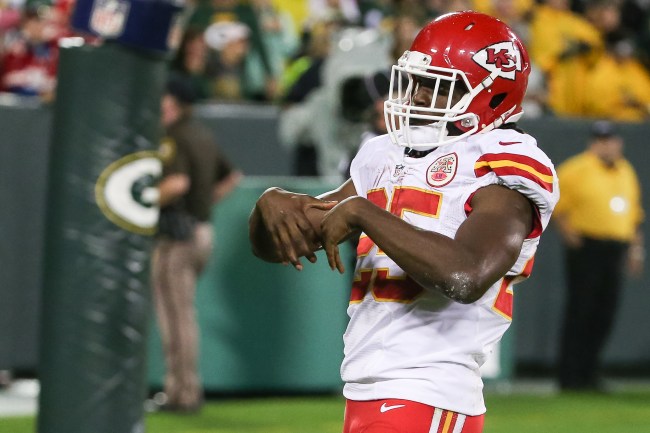 Jamaal Charles used to be an absolute beast on the football field, as the former Texas Longhorns running back proved he was well worth the third round pick that the Kansas City Chiefs used on him during the 2008 NFL Draft. A dual-threat both rushing and receiving, Charles earned a couple of First Team All-Pro honors and reached four Pro Bowls, and just recently retired this past offseason.

While Jamaal Charles saw lots of good moments during his 11 years in the NFL, he had to earn every single bit of it. While he didn’t come into the league with the reputation of a first rounder, that didn’t stop his former teammate on the Chiefs, fellow running back and former All-Pro performer Larry Johnson, from hazing Charles. And, although the practice of rookie hazing has cooled off a bit in all sports, things were so heated between Johnson and his soon-to-be replacement at running back that Jamaal nearly fought his teammate with a helmet.

So how’d all this even possibly happen? According to a video with Bleacher Report, Jamaal Charles had forgotten to bring lunch — which was the responsibility of rookies. Upon returning to the locker room, the running back found his clothes under running water in the shower, which, obviously, Larry Johnson had put there.

Pissed off about being hazed, Charles nearly went to blows with Johnson by using his helmet to attack him, but thankfully, calls to both his mother and girlfriend talked him out of doing that. Uh, yeah, probably a good decision.

Take a look at the video form Bleacher Report below to hear the full details of the story from Charles.

While Jamaal Charles was upset about Larry Johnson hazing him with the whole clothes in the shower thing, could you imagine being fellow rookie Michael Cox? It’s one thing to have to dry off soaking wet clothes, it’s another to come out to the parking lot and see the tires on your car slashed up. Man, Larry Johnson was ruthless in how he treated younger teammates — and how he spent some nights with women — so he’s actually pretty lucky more guys like Charles didn’t want to go after him with helmets, pads or anything else they could get their hands on.