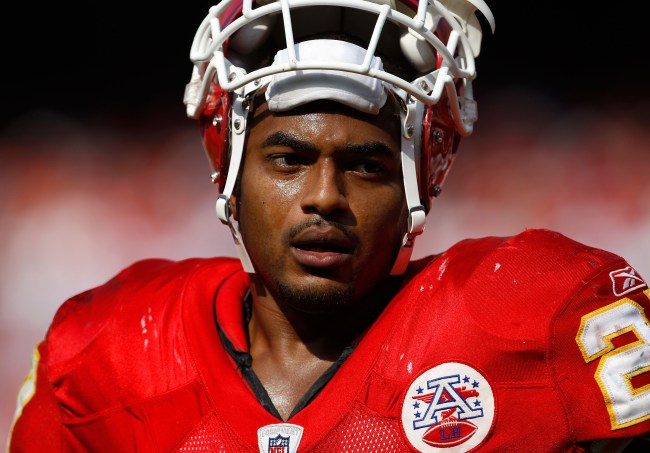 The two-time Pro Bowler rushed for over 6,200 yards and 55 touchdowns in his eight year NFL career, but that level of productivity didn’t come without a price. The 39-year-old has publicly stated that he’s suffering from CTE, claiming he simply doesn’t remember two whole seasons and still suffers from symptoms such as memory loss, suicidal impulses, mood swings, and headaches.

The former Chiefs running back is making headlines this week after cooking up a conspiracy theory about the Roc Nation signing of Megan Thee Stallion.

After Roc Nation made the signing public, Megan revealed on Twitter that losing her mother to cancer in March has motivated her to keep following her music dream. Johnson, who made an appearance in Jay-Z’s music video “Roc Boys (And the Winner Is), bafflingly chalked up this professional union up to to be the work of the devil.

Scroll to the right to see the bizarre back-and-forth.

After people on Twitter claimed that Johnson was just jealous because he wanted to get with Houston, Texas rapper, the former All Pro back publicly listed off his past conquests, including but not limited to, the following:

A cursory scroll through Johnson’s timeline suggests that the former NFL star has fully committed to conspiracy theories at every turn, using his devotion to a higher power as a shield from criticism.

@ me, it won’t do you no good tho. I will only answer to my father in heaven and only through him, I will receive my judgments.

I won’t tolerate this B.S. in the mean time. pic.twitter.com/63AklZT0Qy