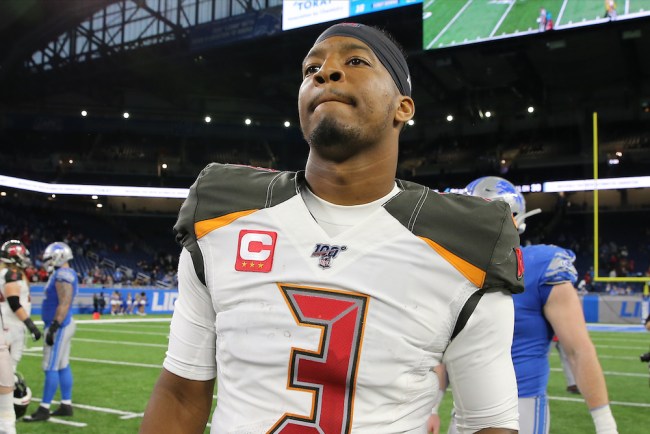 Jameis Winston might finally be off the free-agent market.

Yahoo Sports is reporting that the former Tampa Bay Buccaneers quarterback is close to finalizing a one-year deal with the New Orleans Saints.

Now that the NFL draft has concluded, the deal should come together quickly.

Sources told Yahoo Sports that “Winston’s 2020 salary will be very economical, fitting inside the Saints’ already tight salary cap for next season.”

Sources told Yahoo that the “best-case scenario” for Winston is competing for the No. 2 quarterback spot with Taysom Hill, the front runner to replace Brees when he retires after the season and joins the Sunday Night Football crew on NBC.

New Orleans also drafted quarterback Tommy Stevens in the seventh round of the draft on Saturday out of Mississippi State.

Yahoo explains how this signing might be the best option for the 26-year-old Winston, who lost his starting job to Tom Brady and couldn’t find a place to land after leaving the Buccaneers.

What’s clear is that the 26-year-old Winston had virtually no traction for starting jobs in 2020, following a rough season with the Tampa Bay Buccaneers that saw him turn the ball over a staggering 35 times (30 interceptions and five lost fumbles).

His opportunities weren’t helped by a glut of experienced starting quarterbacks in free agency or on the trade market this offseason, along with a draft that featured three QBs selected in the top six picks and four total in the first round.

Sources told Yahoo Sports that with Winston in the fold in New Orleans, the Saints have the opportunity to use Taysom Hill in different roles, and not have to worry if an injury sidelines the second-string quarterback.

“With Winston in the fold, the Saints will be able to continue maximizing Hill’s use as an offensive weapon without worrying about what would happen if he were to be injured. In turn, that would also give Winston the chance to compete for a share of the “traditional” backup quarterback role behind Brees.”

Hopefully, Winston keeps his head on straight, resurrects his career under Sean Payton, and ignores any of David Carr’s advice.