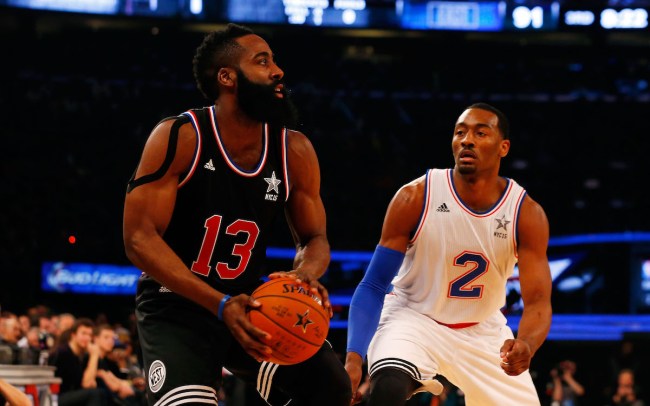 Now that the Houston Rockets have decided to hold on to James Harden (for now), by acquiring another All-Star in John Wall for Russell Westbrook, NBA fans get to see the latest version of the franchise. Just a couple years ago, the former league MVP was alongside Chris Paul — who he butted heads with at times and, allegedly, even hinted at trading during a playoff game — before teaming up with his good buddy Westbrook for a season. The result? Another earlier-than-expected postseason exit.

There’s no denying Harden’s skills, as the guy’s a perennial MVP candidate who scores better than pretty much anybody else in the league. But his refusal to change the way he plays may be costing him a legit chance at a championship. At the very least, it’s costing him superstar teammates like Paul and Westbrook, with the former the latest rumored to have clashed with James Harden before being shipped out of town.

The tension between Harden and Westbrook was reportedly so rough that the Rockets had no choice but to trade one of them. It was always going to be Russell Westbrook, and, according to ESPN’s Adrian Wojnarowski, Harden is happy to see his buddy leave to be replaced by Wall.

“He had a preference of John Wall over Russell Westbrook,” Wojnarowski said of Harden. “Although, the last couple of years, Harden has moved teammates in and out. He brought Chris Paul in and moved him out — same with Russell Westbrook now. Whether (trading Westbrook is) going to be enough to convince him to stay or want to be there long term, the Rockets aren’t sure about that.”

"[James Harden] had a preference of John Wall over Westbrook." pic.twitter.com/GoAHv1QVUj

So what’s in store for John Wall? If history’s any indication, it’ll be a lot of ego-driven feuds with James Harden. Sure, the latter may have reportedly preferred to play alongside Wall instead of Westbrook, but how long do you give this duo until they run into the same old issues that The Beard has faced with every other All-Star he plays with? Maybe 10 games? Let’s go with that for now.

If you’re a Rockets fan, it has to get old seeing James Harden continue to blame everybody else but himself for the team’s inability to reach an NBA Finals. The guy has had everything around him to succeed, but, even with all the changes, the one constant (Harden) continues to fall short. Maybe it’s more him than anyone else?

Who knows how the Harden-Wall duo will work, but there’s a good chance it’ll be successful in the regular season and good enough for a three or four seed in the Western Conference before a second round departure (again). That’s not because John Wall isn’t talented or the Rockets’ roster lacks skill. It’s because James Harden is who he is, and that’s not going to change anytime soon — no matter who he prefers to play alongside in Houston.