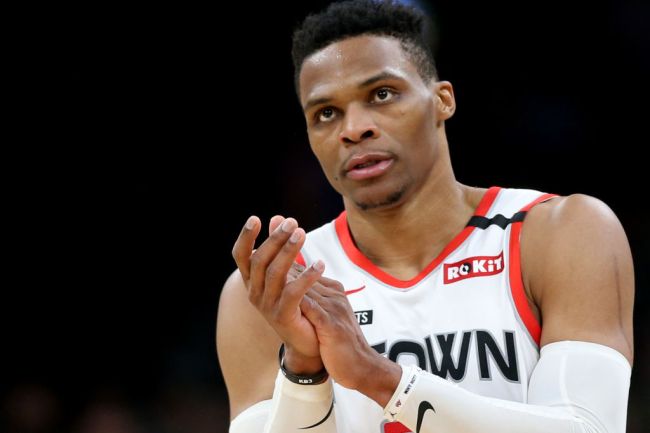 The Houston Rockets have agreed to trade Russell Westbrook to Washington for John Wall and a first-round pick, according to ESPN’s Adrian Wojnarowski. The 32-year-old Most Valuable Player lasted just one season in Houston alongside his old Oklahoma City Thunder teammate James Harden. Houston will be receiving a protected 2023 first-rounder in the deal.

“The two GM’s — Washington’s Tommy Sheppard and Houston’s Rafael Stone — hadn’t talked in weeks on the deal, but connected this afternoon and had a deal done within a few hours,” said Woj.

Houston has agreed to trade Russell Westbrook to Washington for John Wall and a first-round pick, sources tell ESPN.

The Westbrook-Harden reunion experiment was ended after just one season that saw the Houston Rockets get eliminated by the Los Angeles Lakers during the second round of the Western Conference Playoffs.

Houston may not be done revamping their roster, as there have been constant reports following the conclusion that franchise superstar James Harden also wishes to leave the organization. In fact, some reports indicate Harden’s desire to leave Houston is driven by team owner Tilman Fertitta’s support of the outgoing President Trump. Since the Harden trade rumors began, the former MVP and three-time scoring champion has been linked to both the Brooklyn Nets and the Philadelphia 76ers.

As for Wall — the 30-year-old University of Kentucky product has spent his entire professional career with the Washington Wizards — he’s likely hoping to reignite a once-promising career that saw him miss the entire 2019-20 season due to injury.

Regardless of whether it’s successful, one thing is always true when it comes to the Houston Rockets: it’ll be entertaining.