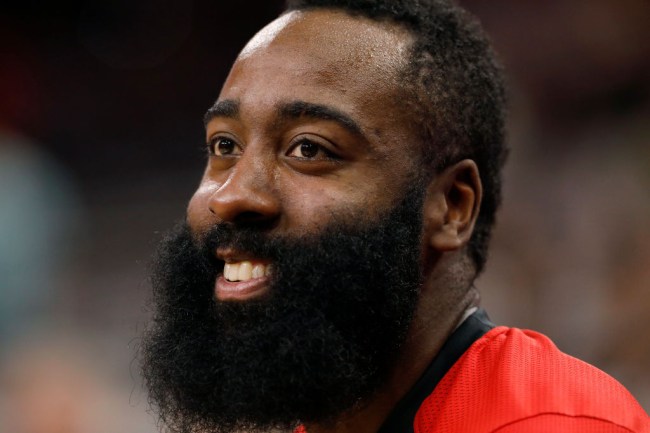 Every time I take exception to a travel call I feel like Clint Eastwood in Gran Torino. “THIS WOULD NEVER BE ACCEPTED BACK IN MY HAYDAY!” *puffs corn cob pipe.* But it shouldn’t! Players can legitimately pick up the ball and break into a Dance, Dance Revolution routine while the ref picks his wedgie.

Undoubtedly the biggest exposer of this new wrinkle is James Harden. I’m not totally convinced he would have won MVP last season if he didn’t travel on 69 percent of his shots.

The latest, and possibly most egregious example of how severely the rules have changed comes from an exhibition game between the Houston Rockets and China’s Shanghai Sharks, featuring Jimmer Fredette. Harden, who dropped 9 threes and 37 points on the Sharks in 30 minutes, executed a move that I’m still confused is legal.

if this isnt a travel he’s winning MVP again pic.twitter.com/hWBfSrHpgh

There is a big nasty debate in the subtweets of this tweet as to whether Harden traveled or just utilized good footwork. The only thing that can be agreed on is this fact:

He invents a new non-travel travel every year. I really respect it

A strong case for a travel:

The NBA has weighed in:

This is a legal play. Although James puts the ball behind his back, he only takes two steps after the gather of the ball and therefore it is NOT a travel. https://t.co/i1hU3b4zuQ

I don’t know why I’m still shocked at this, I should have known this was the direction the league was going. All signs were there.

Probably the biggest travel of the NBA season pic.twitter.com/eRY6v4HjaP