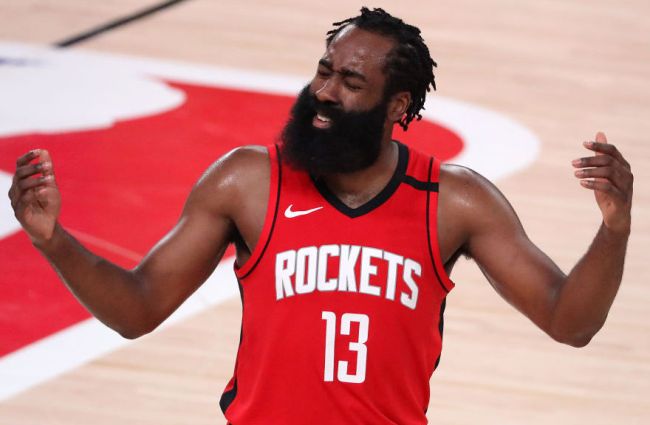 It’s been over a month since we learned James Harden and the Rockets had hit a bit of a rough patch when it was revealed he was negging the team’s calls, sparking the beginning of a saga that’s been filled with more drama than those VH1 reality shows featuring a wash-up celebrity looking for love.

The Rockets have done everything in their power to keep the superstar happy during his eight seasons in Houston, but despite their efforts, Harden soon made it clear he wanted to see other people when he began angling for a trade to the Nets to team up with Kevin Durant and Kyrie Irving.

Virtually every relationship expert on the planet will tell you it’s a bad idea to try to salvage things when one party obviously wants out, but that’s easier said than done when you’ve relied on someone for as long as the Rockets have depended on the centerpiece of their offense. However, you shouldn’t be shocked when the person you’re essentially holding hostage feels the need to make it very clear you’re no longer their priority, which is exactly what Harden did when he skipped a voluntary workout in favor of Da Baby’s birthday party before missing the first mandatory practice of the season after spending a maskless night at a strip club in Las Vegas.

Houston has continued to engage in talks with multiple teams concerning a potential trade but nothing has come to fruition with the start of the regular season just around the corner. It doesn’t seem like there’s much more Harden could do to emphasize how much he wants out, but according to The Athletic, he dreamed up another way to get his message across during a couple of contentious practices earlier this week.

Shams Charania spoke to a number of sources who said Harden traded some harsh words with multiple teammates during a session on Sunday before things escalated the following day when tensions hit a boiling point that resulted in the guard chucking a basketball at Jae’Sean Tate (it didn’t hit him, but that’s not a huge shock when you consider Harden isn’t exactly known for his passing prowess).

As of right now, it seems like there’s a good chance Harden will still be on Houston’s roster when the team faces off against the Thunder on Wednesday to officially kick off the year, so it might be time to start making all of the popcorn you’re going to need to watch as this situation continues to unfold if you haven’t yet.