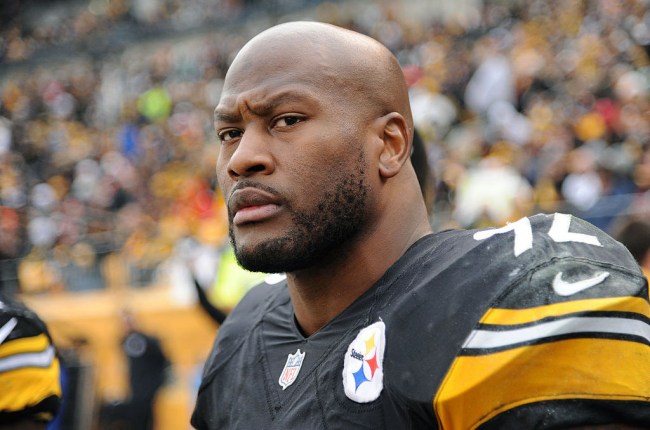 The Pittsburgh Steelers are currently dealing with more drama than the parents of a girl on My Super Sweet 16 who tried to get Pitbull to perform at her party but had to settle for Daddy Yankee thanks in no small part to Le’Veon Bell.

The running back has been trying to get the team to give him the money he feels he deserves after a couple of standout seasons but the two parties are currently in a standoff that started when Bell threatened to retire if the Steelers continued to franchise tag him.

it’s so hard to be a hero in a city that paints youu out to be the villain.. pic.twitter.com/TBFAHTQJcm

Including the one he posted after the Steelers tied with the Browns.

Bell has threatened to hold out until Week 10 of this season and has so far been good on his word, deciding instead to spend his time jet skiing in Miami and partying on a giant yacht.

Bell won’t get credit for this year’s contract if he doesn’t show up by the Week 10 deadline, so in order to force the Steelers’ hand, he’ll have to be in a uniform by then.

The biggest factor in Bell’s holdout is the risk of injury that comes with playing his position and he’s more concerned with longevity than the millions of dollars he’s missing out on.

There’s no easy solution to the problem but former Steeler James Harrison thinks he might have cracked the code.

Harrison sat down with Skip Bayless and Shannon Sharpe on Tuesday and offered a fairly unconventional solution, saying Bell should return to the team but fake an injury to avoid having to take the field.

"If I'm Le'Veon, I'm coming back November 13th, and I'd give you everything in practice … but come Saturday. Something ain't right. I can't play on Sunday." — @jharrison9292 pic.twitter.com/wwRhutWnd2

I’m sure Bell is thrilled Harrison decided to share his idea on a national television instead of texting him.