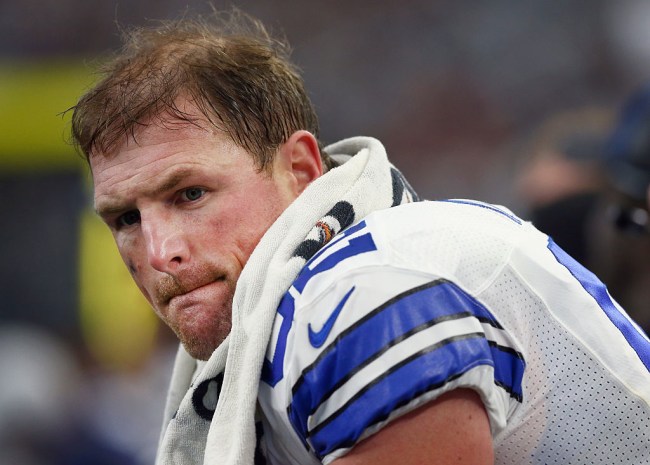 Last year, Jason Witten decided to leave the warzone of the football field for the safety of the broadcasting booth when he signed a deal to serve as the top analyst on Monday Night Football telecasts.

Unfortunately, Witten turned out to be the polar opposite of Tony Romo as soon as he started his new job, and over the course of the season, he only dug himself into a deeper hole by doing things like:

During the season, Witten haters were overjoyed to hear the Cowboys were trying to convince the tight end to return to the team. Today, they’re absolutely ecstatic after he announced he’d be returning to Dallas next year, which means someone is going to have to fill his shoes on Monday Night Football.

Shortly after Witten revealed his decision, BetOnline.ag sprang into action and immediately compiled a list of odds concerning who might succeed him, which includes.

I wouldn’t put any money on it but there’s nothing I want more than for Tebow to be the winner of this contest.

If that’s not enough for you, the betting site also came up with a couple of props concerning Witten’s performance on the field last year:

Regardless of what his stats end up looking like, at least he can take solace in knowing there’s virtually no chance he’ll have a worse season than the previous one.