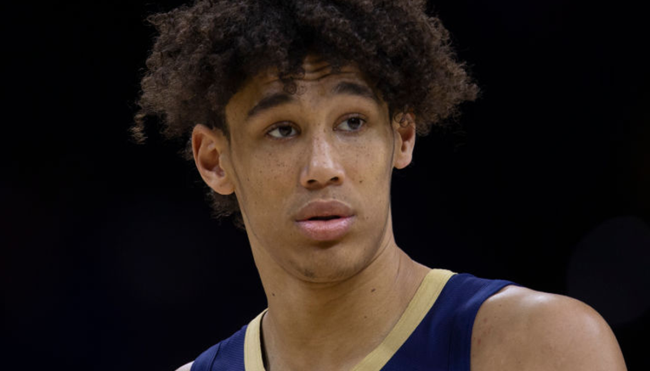 The Los Angeles Police Department has historically had a bit of an issue when it comes to understanding the concept of “restraint,” and it looks like that learning curve remains as steep as ever based on a video of what unfolded when officers responded to a call that led to the arrest of New Orleans Pelicans center Jaxson Hayes.

Last month, TMZ reported police were dispatched to deal with a domestic disturbance in the early hours of the morning of July 28th and ultimately took the 21-year-old into custody after he attempted to prevent them from entering the home. Of course, there are two sides to every story, and on Wednesday, the outlet released a video of the altercation that led to the eighth pick in the 2019 NBA Draft being charged with battery on a law enforcement officer before being released on $25,000 bond.

While there’s no footage of what unfolded before the scuffle captured in this 38-second clip, Hayes can be seen being pinned down by three LAPD officers on the front porch of the home before one of them deployed a taser while attempting to subdue him. The person filming can be heard claiming police actually initiated the exchange by trying to force their way into the house before a couple of cops arrive on the scene and attempt to stop them from recording.

Law enforcement officials claim Hayes injured an officer by shoving him into a wall outside the home before the events in the video unfolded, but on Tuesday, the head of the LAPD confirmed it’s also conducting an internal investigation over concerns force was unnecessarily applied to the neck of Hayes during the fray.

I’m sure that will solve the problem once and for all.