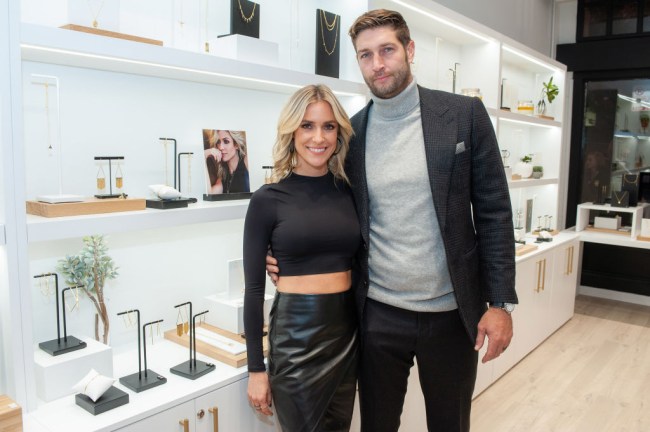 Jay Cutler has been enjoying the retirement life. We’ve all known that he’s a pretty funny guy, but since emerging as the smart-ass, sarcastic husband alongside Kristin Cavallari on ‘Very Cavallari‘ the man has taken that next step into captivating people’s hearts.

While this latest citing of Cutler may not be on your television or on his entertaining Instagram page, it’s still entertaining – and also sort of weird – as all hell.

Watch the video and then we’ll unpack what all is going on here.

First of all, the outfit is spot-on, plus the man hasn’t probably looked that confident since captivating bars back in Nashville during his Vanderbilt playing days.

Next up we have Cutler grabbing two Dos Equis’ from the fridge, but then he asks the guy that ordered them ‘lime, salt?’ like he got mixed up on whether he’s serving up an ice-cold cerveza or a margarita. A lime with a Dos Equis is totally normal, in fact if you drink any sort of Mexican beer without a lime you need a long, hard look in the mirror. Salt with a Dos Equis, though, that’s a new one for me. We’ll give it a pass, though, Cutler is used to slinging pigskins, not brews.

The guy that actually ordered the beer made the right call asking for the lime, but then Cutler completely half-asses it by just laying the lime on top of the bottle? Sure, Cutler doesn’t want to shove his fingers in the guy’s drink, but come one, Cut, how is this man supposed to walk with these limes just laying on top of the drink?

Last but not least, this man is wearing a White Sox jersey in the middle of January at some bar? He’s got beads around his neck, too, so I’m guessing this is down in New Orleans ahead of the National Championship game, which makes the White Sox jersey at a bar even that more strange.