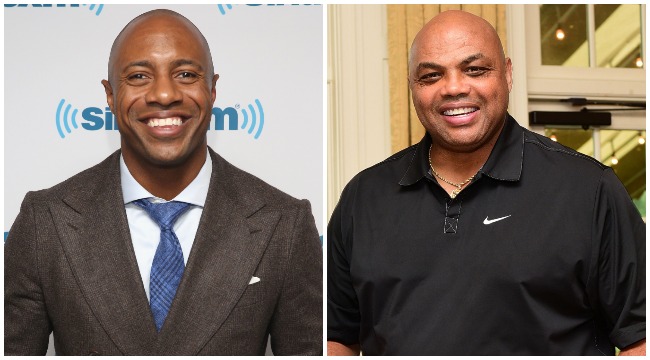 This week, NBA league commissioner Adam Silver raised a lot of eyebrows by speaking bluntly about mental health in the NBA at the MIT Sloan Sports Analytics Conference. Silver claimed that a lot of NBA players he meets feel isolated and “truly unhappy,” adding:

“We are living in a time of anxiety,” Silver said. “I think it’s a direct result of social media. A lot of players are unhappy.”

“I’m an anxious person myself. That’s why the players like talking to me.”

In the wake of Silver’s comments, Charles Barkley offered a two-dimensional take on mental illness, claiming that Silver’s claim was “the stupidest thing I’ve ever heard any commissioner say.” Barkley said that since players make millions of dollars, work 6-7 months a year, and stay in the best hotels in the world, they have nothing to trigger poor mental health.

“I fervently disagree. And there are times that Charles Barkley can say things on TV and he’s ‘teflon Don’ and I get. It doesn’t matter what he says, but he is wrong on that one. Adam Silver was talking about anxiety and depression. And I feel like it’s an older generation thing where they equate happiness to the amount of money that you make. People all have internal struggles. And what happens with that when he says things like that, that automatically challenges people opening up to talk about some of the things that is driving them to whatever those issues are in their life. That forces people to shut down.

“So instead of just attacking people and saying, ‘Hey, you’ve got no problems in the world.’ You don’t walk in their shoes. You may have made money. You may have been a superstar, but you don’t walk in the shoes of those individuals. You weren’t raised in the age of social media. You don’t know how that can affect you when you’re raised with that. So show empathy towards that, and let’s help these people that are openly saying I have issues instead of attacking them. I get pissed off about that. Because I went through something drastic in my life, and I deal with it all the time. And those kind of people that say things like that, they have no idea what they’re talking about. They’re just talking.”

It’s a generational thing. In the words of Bill Burr, men are taught to bury their emotions and act like they have answers.