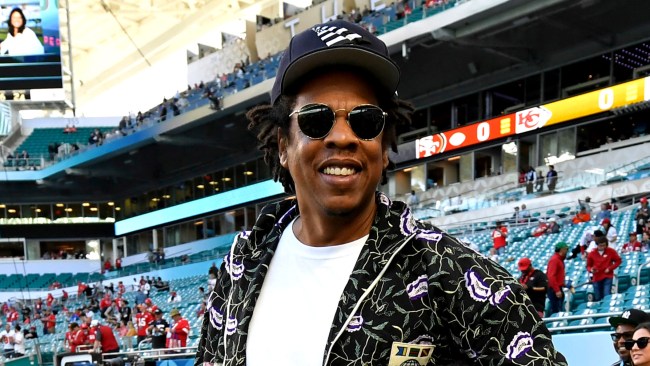 Following Super Bowl LIV between the Kansas City Chiefs and the San Francisco 49ers there were many storylines that caught the public’s attention: Kyle Shanahan once again forgetting how to football in the fourth quarter, the halftime show, the commercials, a model being arrested for jumping on to the field and flashing the crowd, those sort of things.

Also among the many Super Bowl LIV talking points was the fact that Jay-Z and Beyonce were spotted sitting rather than standing during Demi Lovato’s excellent rendition of the national anthem.

Jay-Z and Beyonce sat during the National Anthem at the #SuperBowl pic.twitter.com/Cxj2RNF1xX

Needless to say this rankled literally everyone.

Colin Kaepernick reacts to Jay-Z and Beyoncé’s decision to sit down during the National Anthem after the rapper promised to take action and go beyond kneeling upon his deal with the NFL:

"I thought we were 'past kneeling' tho?" pic.twitter.com/9MdjJMWQUD

The one question all of them wanted answered was, why? Why did Jay-Z, Beyonce and their daughter Blue Ivy not stand for America’s national anthem? Was it their version of a protest?

Jay-Z says it was not.

Tuesday night during a Q&A as part of a lecture series at Columbia University, Hov was asked directly if him and his family sitting during the “Star Spangled Banner” was “meant to convey a signal?”

“It actually wasn’t…sorry,” he said, added that if he wanted to make a political statement, “I’d tell you … I’d say, ‘Yes, that’s what I’ve done.’ I think people know that about me.”

“What happened was, we got there, we were sitting, and now the show’s about to start,” he continued. “My wife was with me and so she says to me, ‘I know this feeling right here.’ Like, she’s super-nervous because she’s performed at Super Bowls before. I haven’t. So we get there and we immediately jump into artist mode … now I’m really just looking at the show. Did the mic start? Was it too low to start? … I had to explain to them as an artist, if you don’t feel the music, you can’t really reach that level.”

He added, “So the whole time we’re sitting there, we’re talking about the performance, and then right after that, Demi comes out and we’re talking about how beautiful she looked, and how she sounds and what she’s going through, and her life — for her to be on the stage, we were so proud of her. And then it finished and then my phone rang. And it was like, ‘You know you didn’t …’ I’m like, ‘What?'”

Jay-Z also said if he and Beyonce were planning to protest they wouldn’t do it with their 8-year-old daughter Blue Ivy right there next to them.

“Blue was right next to us, we wouldn’t do that to Blue and put her in that position. And if anyone who knows Blue … If we told her we were going to do something like that, you would have seen her attacking me 100 times. She’s the kid that gets in the car and closes the door and says, ‘Are we there yet, daddy?’ So she would say, ‘What time? Are we doing it? Are we doing it now? It’s 7:05, daddy … It’s 7:06.'”